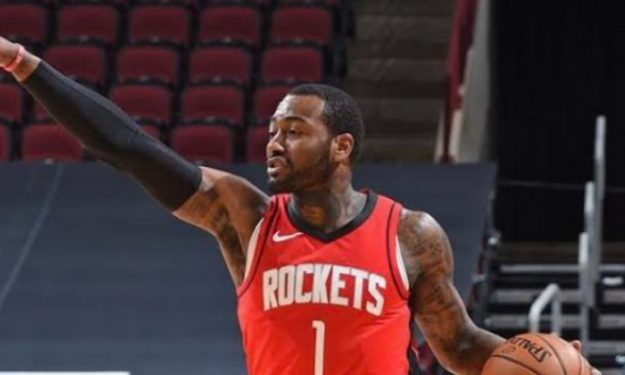 John Wall was traded earlier in the season from the Washington Wizards to the Houston Rockets for Russell Westbrook.

There were serious questions about the performance of Wall, who stayed away from the fields for about 2 years due to the injuries he had suffered, after he returned to the flooring. The point guard, who averaged 17.1 points, 4.3 rebounds and 5.5 assists in 8 games in the Houston Rockets jersey so far, does not perform badly.

The Washington Wizards – Houston Rockets match, which will be played tonight after the natural exchange for Wall, has a special meaning.

Asked about his thoughts on this match, Wall said, “Almost everyone on the other side thought that my career was over and I could not return to the way I used to be. I think my trading process is an overnight process. They struggled for this. This is my biggest motivation. Who wouldn’t want to beat a team that trades themselves and thinks it’s over? ” Using his statements, he stated that he wanted to take revenge on his old team.

The star player said, “I made some mistakes outside the field. I am taking responsibility for these mistakes. No one is perfect, and I apologized for my mistakes and learned lessons. I wish some things had never happened but it happened. My only thought at the moment is to show again at the highest level as in the last 10 years. But there was no need for the other party to circulate, they could be honest with me. They thought my job was done, they made me feel that way. This match is an opportunity to show them that I’m not done yet. The most important thing is to win the match. If I score 40 points and we don’t win the match, they’ll think they’re the winning side of this trade. So I don’t care about my individual statistics. My only goal is to win the match tomorrow. ” said.

The match between the Washington Wizards and the Houston Rockets will be played tonight at 04:00 in Houston.