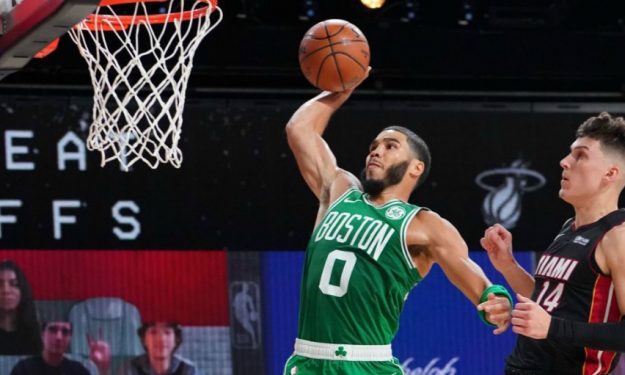 The young star of Boston become the second member of the 2017 draft who got an expected, big payday

Jayson Tatum has agreed to a five-year, $195M extension with the Celtics, as Adrian Wojnarowski reported. Fellow 2017 draft class member Donovan Mitchell has already received such an offer from Denver.

However, Mitchell’s deal is guaranteed for $163M over the next five seasons and could increase by 30% to $195M if he meets the All-NBA criteria for the 2020-21 season.

On the contrary, according to Woj, Tatum gets the full designated rookie max extension, with the All-NBA escalators that’ll take it near $200M.

Tatum was selected with the third overall pick by the Boston Celtics in the 2017 draft. He was an All-Star last season, having his best season yet with 24.3 ppg, 7.0 rpg, and 3.0 asp.

He is considered the leader of the young core of Boston and he is expected to be the face of the franchise for many years to come.