The Barcelona-America-Europe route has become… the habit now, with Mario Hezonia coming last to be added to the list of those players who left Barcelona, ​​moved to the NBA and returned: Either in the Catalan team itself, or in another European club.

Except for Mario Hezonia who decided to sign for a Greek club and in this case for Panathinaikos, leaving, our most shocking “ours” example (s.s. Greek player) to be that of Kostas Papanikolaou! 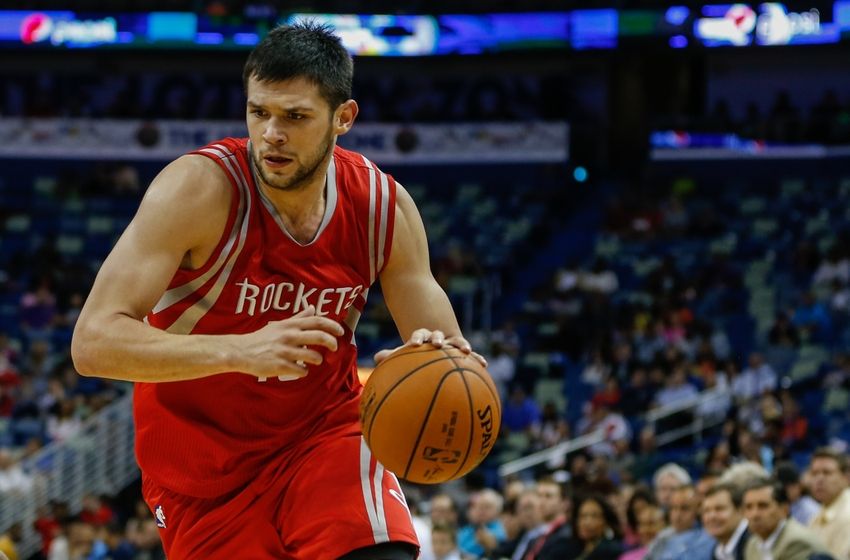 “Pap” spent one season in Barcelona before the Houston Rockets invite him to sign a contract and play with them . He went to Barcelona in 2013, immediately after the back to back title in the Euroleague and stayed in the NBA for two seasons.

He returned to Europe but not to Barcelona as did Juan Carlos Navarro and Alex Abrines, his teammates at the time in Barcelona. His old team, Olympiacos, called him back and until today he is playing with the red and whites. 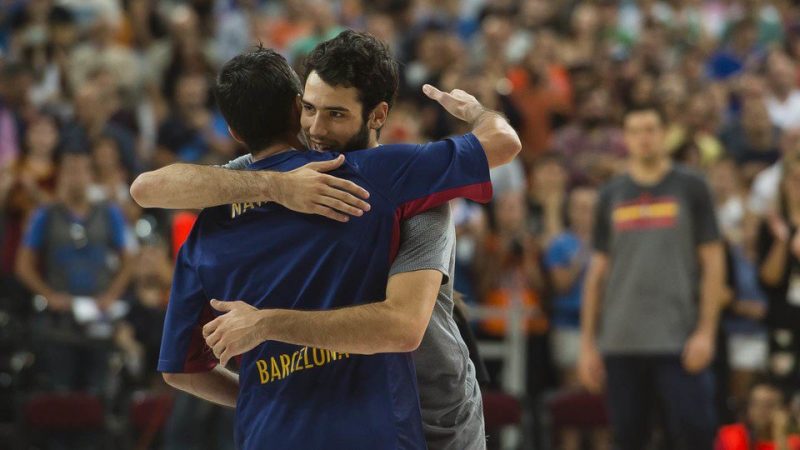 Juan Carlos Navarro and his “child”, Alex Abrines, could not stand for long away from the capital of Catalonia. Especially the first.

Navarro went to the NBA at the age of 27 and after he already had ten years in Barcelona where he played in the first team since he was 17! The Grizzlies made him a contract and Navarro did not do well and you can say so badly, after he scored 10.9 points in 80 appearances. Even in a mediocre team that did not enter the playoffs. Apparently he could not stand away from his favorite Barça. He returned and broke all the records in the Euroleague where he played until 2018, until Vassilis Spanoulis took them away from him. Most…

Abrines stayed longer in the NBA. Three years to be exact with the Oklahoma City Thunder, next to Russell Westbrook who became his friend. He did not do great things, but he was a constant source of danger to opponents, especially from afar. The psychological problems he revealed brought him back to his “shelter” where he felt better than anywhere else: in Barcelona. 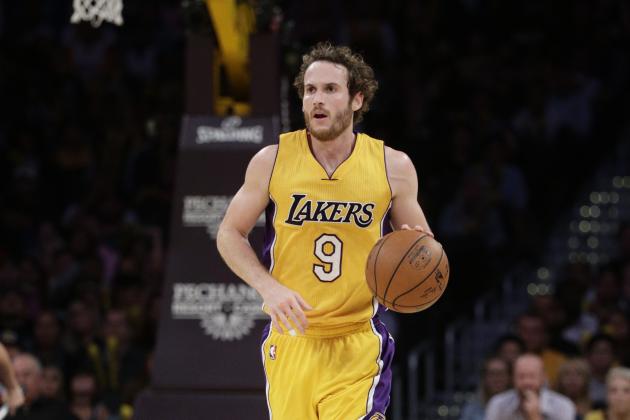 Marcelino Huerta became successful with Basconia, but spent four whole years in Barcelona, ​​winning two league titles with the Blaugrana and then one with the Basques. At the age of 32, he received a phone call from the Lakers to go and play in one of the most legendary basketball teams, next to the legendary Coby Bryant!

The Brazilian ace played two seasons for the Lakers, was there to say goodbye to Cobby on the pitch and returned to Spain but not to Barcelona, ​​but to Basconia. Now he is playing in Tenerife and they are doing well.

Timber Plays also went to Barcelona from Basconia, he was signed by the Utah Jazz but he went, saw and left. He has returned to Europe and in recent years has been helping Efes Anadolu to star in the Euroleague.

Let’s go a little further back in time, with the Australian David Andersen who made a career in Virtus (Kinder) Bologna with which he became European champion, CSKA as a teammate of Theodore Papaloukas with two other titles in the Euroleague, but through Barcelona he did his reality to play in the NBA. He played two seasons there and returned to European and then Australian stadiums.

“Our” Joe Dorsey has a difference with the previous three. So is David Wood, the oldest on our list. First they played in the NBA, they came to Europe and then they went to the NBA again. Dorsey moved to Barcelona two years after Olympiacos and found a contract with the Rockets shortly thereafter. However, he did not manage to continue there, he returned to Europe, he played again at some point in Barcelona (but not immediately after the NBA) and we even saw him at Panionios recently.

Wood was coming and going in the NBA, got a return ticket via Barcelona like Dorsey, and eventually returned to Spain at some point. 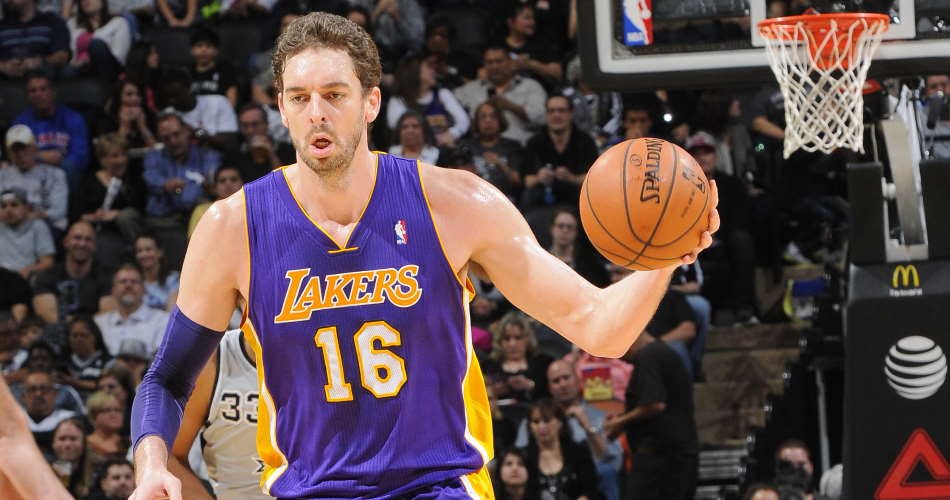 Pau Gasol is a separate category in his own right. Not that there are no other players who left Barcelona and played in the NBA. Because Pau did not just play. Starred!

NBA champion with the Lakers twice and with a huge career in the top league, Pau Gasol was heard many times that he will return to Barcelona and finally made a decision, as today (23/2) it was announced in the most official way his return to his favorite Barça! And so he entered the same list with – his longtime companion – Juan Carlos Navarro and Alex Abrines.

Ricky Rubio also went from Barcelona to the NBA and did not move from there. Of course, she became known with her compatriot, Badalona, ​​but she won the Euroleague with the “blaugrana” and we do not think that she will return to our parts soon.

Thomas Satoranski also has a very good career in the NBA through Barcelona in the Bulls, without of course the successes and performances of Pau or Ricky. Satoranski, we think, is a player who will hardly finish his career in the NBA but we do not know when we will see him again in our parts. Not soon though.

Maybe this will happen with Rodion Kuruks, who, like Hezonia, went to the NBA as a kid. The current Panathinaikos player managed to find time and space to play, but Kourouks does not seem to succeed. Maybe because στηκε he was in a hurry to do it, without being able to establish himself and gain experience here in Barcelona.

In the NBA, Anderson Varejao, also from Barcelona, ​​is about to end his career. He finally did it the day before last with Flamengo. Varejao won the Euroleague in 2003 with Barcelona and then played for the Cavaliers until the winter of 2015, playing most of the years with LeBron James! However, he did not win the 2016 championship, after he was exchanged and ended up with the Warriors. He became the first player in NBA history to play in both finalists in the same season! It was a great bitterness to lose to the team that has been playing for 12 years…

He then signed again with the Warriors when they (2017) won the championship but had played little and were released before the playoffs. Did he get a ring?

We close our tribute with him Ersan Ilyasova, who was released this year and has not yet signed. The Turkish international forward went to the Bucks from Ulker, but returned to Europe and played for two years in Barcelona!

Another player, that is, whose passport was checked in Barcelona before traveling again across the Atlantic, staying with the Bucks for another six years and continuing to this day…

Gasol & Barcelona: He left as a Champion ει returns as a Legend 20 years later!

Panathinaikos: Why did he thank Barcelona for Hezonia!