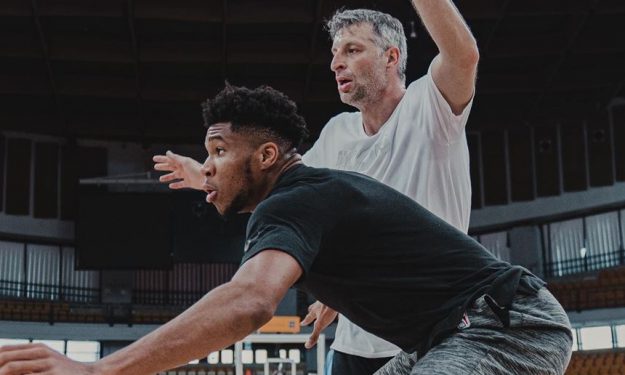 Giannis Antetokounmpo remains in Greece and keeps practicing for the upcoming season. As he revealed himself on social media, his practicing partner is Theodoros Papaloukas.

A two-time EuroLeague champion with CSKA Moscow, the 43-years old Papaloukas has retired, however, he remains one of the recognizable basketball players ever worldwide, thanks to his performance in the 2006 semifinal win with the Greek national team against Team USA.

In 2006, he was named the FIBA Europe Men’s Player of the Year. He is currently the director of the Eurohoops Academy.