The 25th game of the Euroleague went down in history, with the taste being bitter for Olympiakos. It is not so much the 76-53 defeat, but the image of Piraeus in Turkey.

The start was impressive with 11-26, before the reaction of the hosts with an individual score of 65-27. In short, the Greek team marginally scored more points than 10 ′ and then compared to the first period!

The Euroleague has put this dominance under the microscope and based on the data it has from 2007 onwards, it is the biggest upset in its history! Specifically, Efes became the first team that while losing by 15, even reached +25, with the cumulative 40 being the “magic” number. 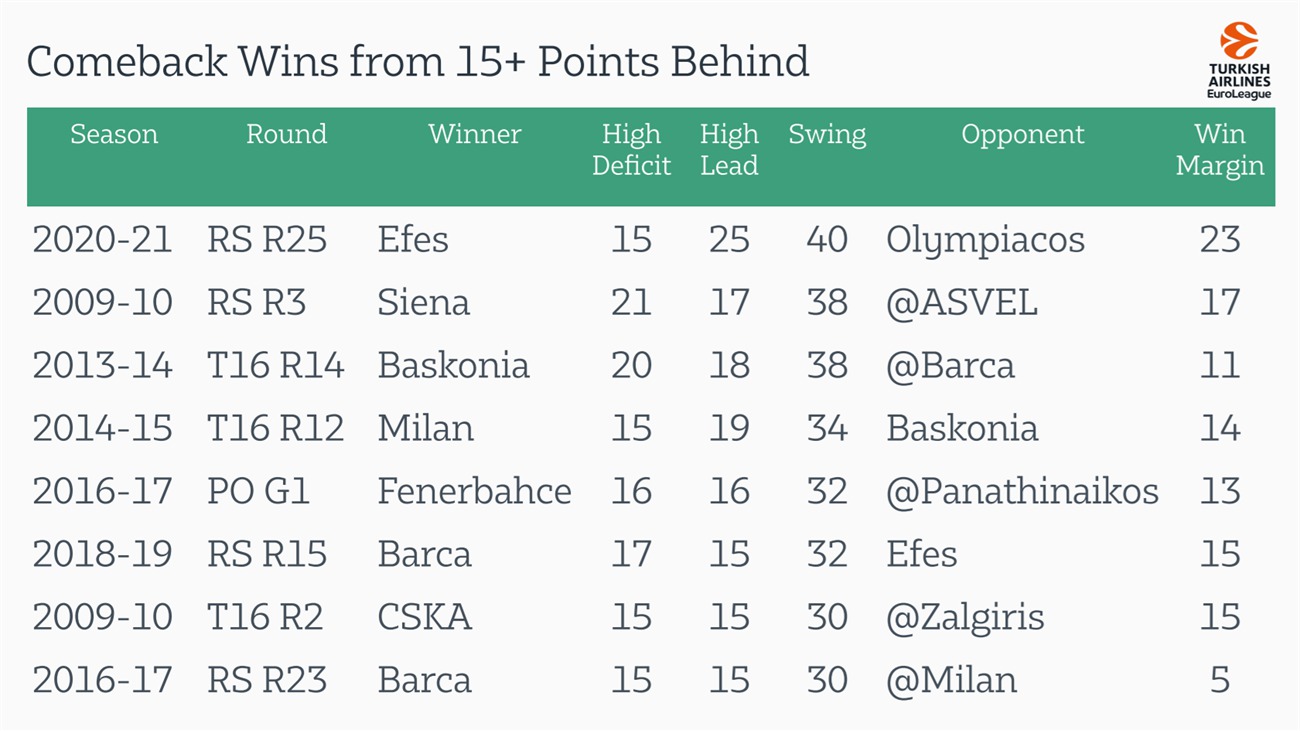 Eurohoops Show: Vol. 19: Discussion with Milan Tomic about the defeat of Olympiacos by Efes

Olympiacos: The recital of… offensive instability against Efes! (videos)

Olympiacos: Efes is a bad “demon” – 4 years without a double & 5 consecutive defeats! (videos)