HOME • GR (Greek) • ΕΛΛΑΔΑ • EEC and PSAK: Joint request to the State for the resumption of the National categories 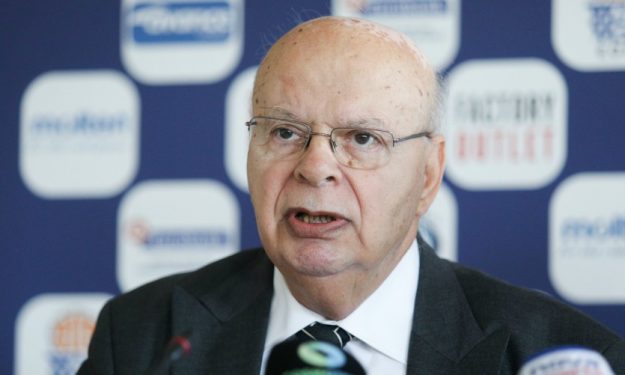 EEC and PSAK join forces and with a relevant announcement announced that they will submit a joint request to the State, in order to start the matches in the National categories again.

The EEC, in an announcement, announced that after the meeting held with a delegation of the PSAK, it was decided to draw up a joint request for the resumption of the events and to send it to the State and the competent bodies.

The EEC Communication in detail:

“The BoD of the EEC, in the presence of the President George Vasilakopoulos, the Second Vice President Aristides Golemis and the General Secretary Panagiotis Tsagronis, had today another meeting with a delegation of PSAK, consisting of Vangelis Mantzaris, Fotis Vassilodos and Kassodonos their joint actions towards the immediate resumption of action in the categories that remain inactive.

In an atmosphere of complete agreement and common desire, the two sides agreed to make a joint request to the State to lift the existing bans as soon as possible, always in compliance with all the necessary measures proposed by experts, so that the basketball excluded, while the sectors of public life are attempting to return to normalcy.

It was reiterated the absolute readiness of the federation for the start of all the championships as soon as the approval is given by the competent bodies of the State, as well as of course the desire of the players to return immediately to the stadiums after such a long inaction with what it entails “.