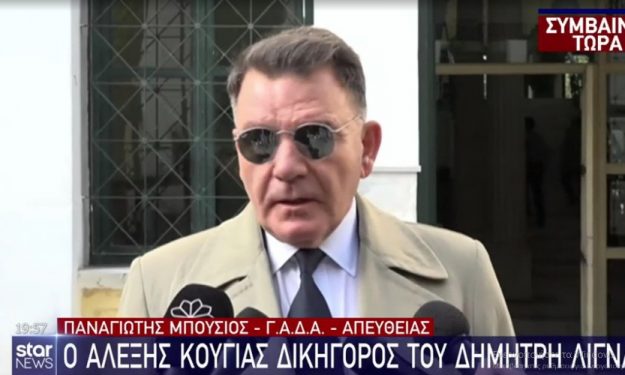 Dimitris Lignadis on Wednesday (24/2) will apologize for what he is accused of and the criminologist Alexis Kougias who has taken him over spoke about the case.

The case of Dimitris Lignadis and the accusations against him for serial rape have shocked the nation, but also the political and social life of the country in the last 24 hours.

The former artistic director of the National Theater is being held for another day at the General Police Directorate of Athens, where he will apologize on Wednesday (24/2) for the accusations leveled against him by the prosecutor and the investigator.

As announced in the bulletin of MEGA, Mr. Alexis Kougias himself has undertaken for the time being the defense of Dimitris Lignadis, whom he characterized as shocked and saddened after their first meeting, while he stressed that if he is not convinced of his innocence, he will not represent in court.