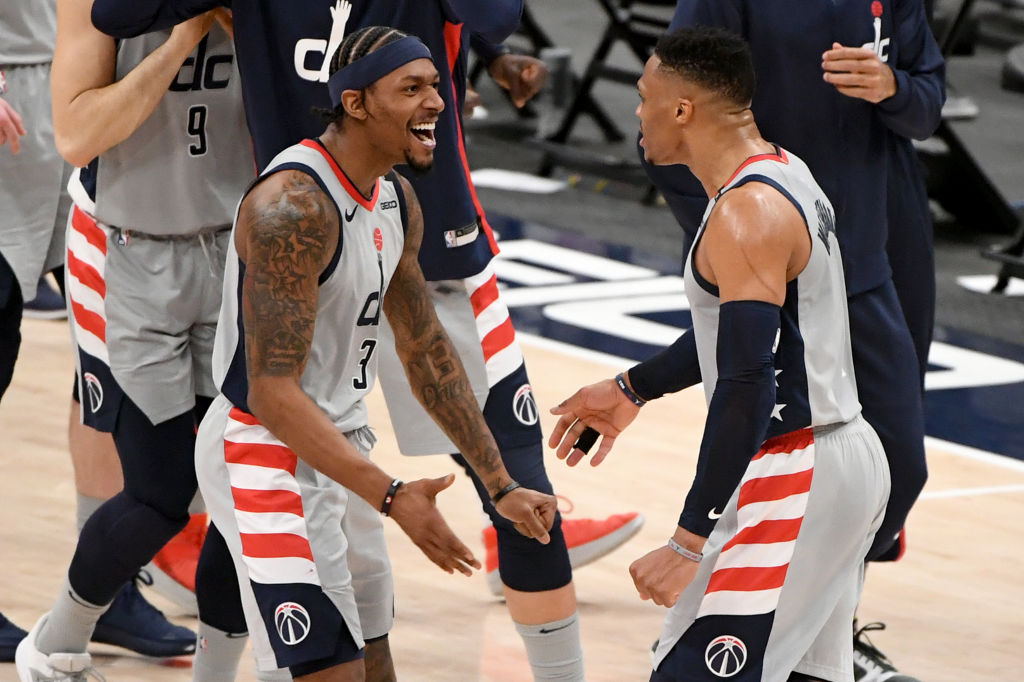 Russell Westbrook and John Wall come together a lot, both for their talent for signing large nominal checks and for their ways of executing basketball on the court (fast, aggressive, good at pick and roll and attentive to the open shooter). But with one caveat: that John is not Russ and Russ is not John. And this, as far as Bradley Beal is concerned, affects a lot.

First of all because the characters, the IQ and the perception of themselves on the track are far from identical, even similar. And secondly, and more importantly, that Beal has spent seven seasons sharing the outside curve with the current point guard of the Houston Rockets, while with Westbrook he has only been doing it for a couple of months.

For this reason, and being surely the variable ‘time’ the most important of all those to take into account, it is surprising how quickly the first voices that demanded the transfer of Russ emerged, due to unsuccessful performance, and even the first rumors that they were starting to place him outside of Washington. The tension was accentuated because it was not only that the team lost with Westbrook in it … but that the few victories coincided precisely with their nights of absence.

But things – be it the time factor that has been resolved (extraordinarily fast), or that, simply, a small streak of play and results has coincided – seem to be changing. Not only on a visual level, that is, of that growing harmony that you detect on the court when you watch the games, but on a numerical level. And, particularly, in two of the most solicitous categories: victories, and relevance in them of the dynamic duo.

Four in a row

The Washington Wizards have won four games in a row (the last one last night against Dame Lillard’s Blazers). Four wins at a stroke was something that had not been seen in this franchise since … 2018. Bigger words that speak of how badly they have done without John Wall, and the suggestion that this has just happened again when he finally sees again another playmaker of lineage on the court with Bradley.

And next to it, the data that you most expect. The one that if we look from a bird’s eye view says one thing but the one that, if we limit the focus diameter to these last four crashes (and even more, because Hughes’s tweet on NBCSports was prior to the triumph against Portland), counts quite another. .

Wizards lineups with Bradley Beal and Russell Westbrook have a -8.3 net rating this season, but in their last three games together (all wins) they are a +16.8.

Will have more on their developing chemistry soon on @NBCSWashington. pic.twitter.com/E0dq2u9JgH

That Westbrook is almost averaging a triple-double is as shocking as it rained in Vigo yesterday. From being perceived as something stratospheric (and hence his MVP) to cradling like daily bread, because this boxscore patient chained this same task three years in a row in OKC, but without achieving that such individual deployment ended as a determining factor in the collective.

However, it is more interesting to see how he is liaising with the top scorer of the competition, who happens to be his backcourt partner, and the reason why this pair caused some expectation at the time of the transfer.

Bradley Beal, according to NBA.com, has scored after Westbrook’s assist a total of 47 times this season (his biggest facilitator, Ish Smith second at 16), and these – because what matters to us is how and not so much how much – they are arriving not in static – we already know how much the NBA likes to add as assists, transitions that would not count as such in Europe – but with a proactive off ball Beal and finding open shots that increase the correct in their percentages.

“He knows how to score and find his shots, but my duty is to make sure he manages to do it every night in the best way possible,” Westbrook says. “Our chemistry has grown. It’s easy for me because I’m not a player who needs to always have the ball in his hands. I can read the game of my teammates and move without the ball. And I feel like that’s just what I’m doing with Russ. I give him opportunities to create, to post and to attack in 1 on 1, ”adds Beal. “The only thing I have to keep doing is to move well without the ball, trust my teammates, come out strong from the screens and put them on for them, causing the opposing defenses to lose their adjustment.”

Currently, the Wizards exhibit, with 27 games behind them, an Offensive Rating of 110.2 (22nd in the NBA) and a Defensive Rating of 115.3 (24th). Nothing to do with your most recent history; In these last four games, translated into four victories (and not against any rivals, but against the Celtics, Rockets, Nuggets and Blazers), the data speak of a 120.7 Off. Rating (better than the Nets, current leaders in this section) and 112 in Def. Rating (middle of the table).

Time for ‘something’ to happen

We said it, the president arrived in the capital, and a fact like this cannot be ignored as if it were such a thing or fall on deaf ears at the first opportunity. It is costing them, it will cost them (the squad is short), but such a pair, just because of their talent and, on top of that, their competitive nature, cannot pass as a poltergeist through the Eastern Conference in the regular phase. They are already third to last (it sounds like a laugh, but it is a great advance compared to a few weeks ago) and with a balance of 10-17 they are only four games away from the playoffs.

In these, in addition, Beal has been awarded (although the award did not convince Elio in his Sunday Extra) with a position as ‘2’ in representation of the East, and the shooting guard has not hesitated in directing his thanks. “The way I approach the games each night, with the mentality on point, I attribute it to Russ. He brings an ambitious and direct approach. And I get feedback from it ”.

There is still a lot to do with this atypical and somewhat shorter regular phase. Plenty of time to show that in Washington, in addition to a Bertans finally putting them in, there is a 2021 All-Star starter and a double MVP (All-Star) from 2015 and 2016 with a lot still to give. William Wesley (Tommy Sheppard is better off) will have to wait to fulfill his knickers dream.