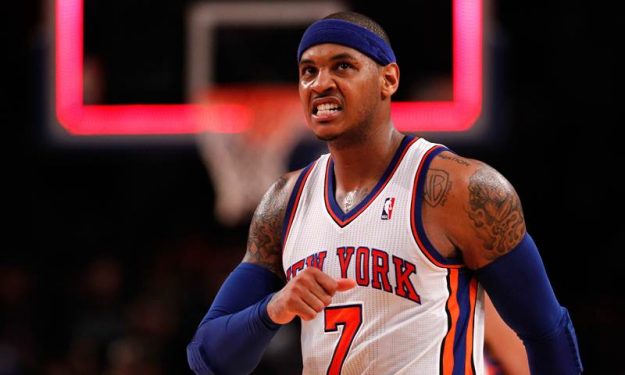 Carmelo Anthony came back from the Lakers’ door …

About 10 years ago, the Denver Nuggets signed one of the biggest exchanges of the time and sent Carmelo Anthony to the New York Knicks.

Carmelo Anthony, who participated in Adrian Wojnarowski’s podcast, stated that he is about to join Kobe Bryant in Los Angeles Lakers or Deron Williams in Utah Jazz. The star player said, “I didn’t want to be part of the restructuring at Nuggets. I was in my seventh season in the NBA and I wanted to play in competitive teams. We met with the Nuggets in July on that. I was determined to leave the team before the season started. When All-Star week came, everyone was wondering where I was going. Denver felt a lot of pressure on him too and wanted to send it to Utah. They had an exchange with Utah. They also agreed with the Lakers, I was almost going to the Lakers. However, at the last minute, the New York Knicks stepped in and the exchange took place. ” used the expressions.

At the end of the day, the Nuggets got one of the most important players in their organization and the Knicks star they were looking for. But one cannot help but think about what Carmelo can achieve when he plays alongside Kobe Bryant and Pau Gasol.