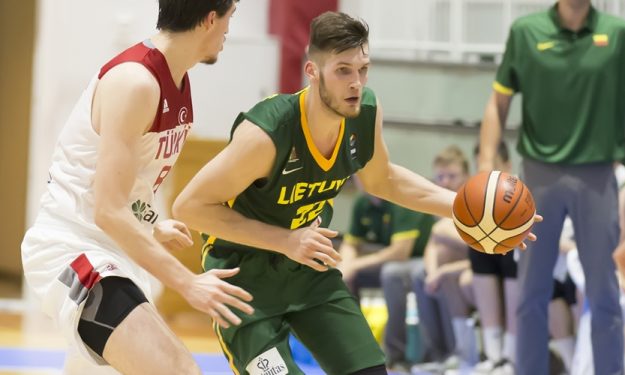 RETAbet Bilbao Basket announced the signing of Regimantas Miniotas until the end of the season. The 24-year-old power forward played in Lithuania for Vytautas Prienu.

Miniotas, who is currently playing in the November window of EuroBasket qualifiers with the Lithuanian national team, has been averaging 18.5 points, 10.5 rebounds and 2.8 assists per game in the domestic competition.

He will strengthen the frontcourt of Bilbao Basket which currently holds a 2-8 record in the Spanish League and 0-2 in the Basketball Champions League.

“Regimantas Miniotas is a player who is in great shape, as evidenced by his performances in the Lithuanian league and his call-up with the senior team. We hope that he will contribute to the team in those facets of the game in which he excels: rebound, outside shot, play at the low post and pass,” the club’s sports director said.