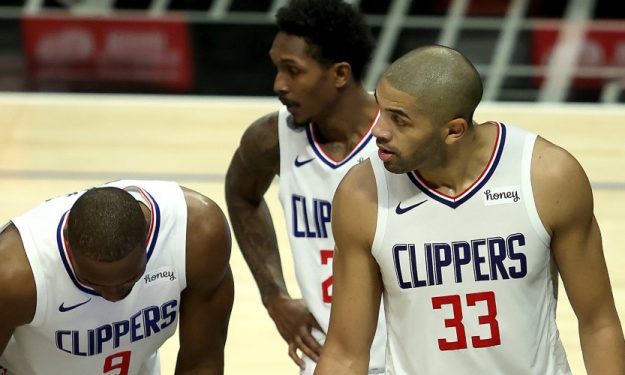 The Clippers’ Euro duo has found a way to talk plays and leave opponents a bit stunned on what is going on.

Los Angeles Clippers‘ Nicolas Batum and Serge Ibaka have been communicating with each other in French during games to execute plays and leave their opponents… a bit confused.

Phoenix Suns forward Jae Crowder has apparently even thought that this shouldn’t be allowed.

“I think it was in Phoenix, we were in a free-throw situation and we were talking in French,” Batum said. “Jae Crowder looked at us like ‘it should be illegal to do that.”

It had began in preseason, when Batum said that he and Ibaka were talking about what they should do during a defensive play in French. They thought it’s a good idea to make it a habit once the regular season games begin.

“”Every game,” Batum said. “Literally every game we did that.”

“We use that as an advantage sometimes,” Batum added. “We can say stuff people can’t understand when we’re talking about defense. We’re still doing it for sure.”