Olympiakos was ahead with 15 against Efes in the first period and immediately after it collapsed, finally knowing the defeat with 76-53, for the 25th game of the Euroleague.

Giorgos Bartzokas had no explanation for the chaotic difference in the performance of his team, as he characteristically commented after the match, stressing at the same time that the red and whites did not have the data needed to claim something more.

Details of what the coach of Olympiacos said:

“Congratulations to Efes for her good performance and victory. They have all returned and now have a really deep and talented roster. We showed two faces, one in the first ten minutes in which we performed exactly as we wanted in defense and attack, we circulated the ball, we played as a team and we conceded 11 points.

However, in my opinion, without explanation, in the second period we collapsed, we stopped playing as a team, we played individually and at the same time in defense we did not carry out our plan. With all this we allowed Efes to find confidence, especially its guards, the very good scorers and creators it has… In three ten minutes we made 17-19 mistakes out of the total of 22 we made in the match. It is a huge number if you want to be competitive in this headquarters.

First of all when you play against Efes you have to protect the ball, have patience, shoot with good percentages, stay on your plan and control your emotions. It was obvious that we did not control our emotions after the second ten minutes “. 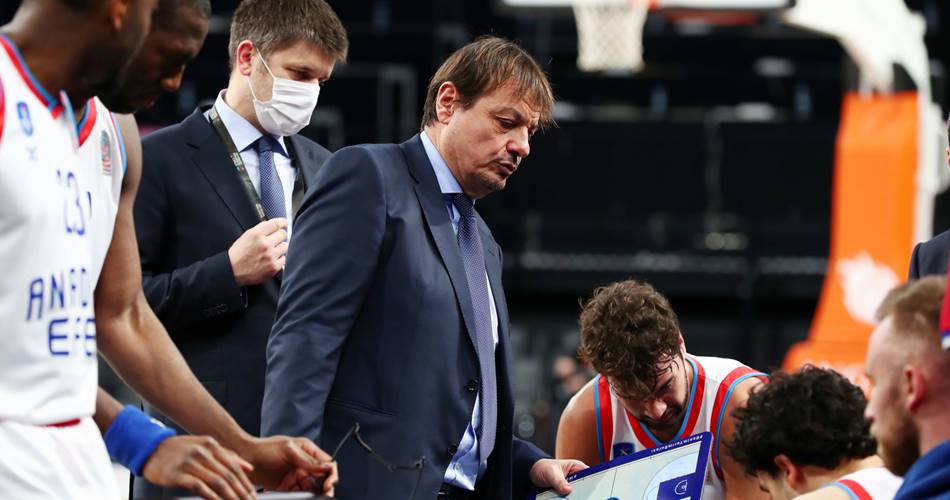 Details of what the coach of Efes said:

“We did not start the game well, especially in the attack. We made a lot of mistakes in the first ten minutes and gave them points in the open field, so we were back with 15 points. But then, in the second period, especially with Larkin, Dunston and Anderson together on the field, we improved our attack, with Larkin and we broke the man to man defense. We started to find open shots and penetrations.

In terms of defense, I think in this game, we played a perfect defense, especially in half-court defense, after the second half, we also started to find points in the transition with Larkin. In the game set, we found the good way to attack. We lost a lot of open shots, we got 28 three-point shots and we only scored 8, but we stayed in the game and got another very important victory. It’s a very important victory for us. “

Eurohoops Show: Vol. 19: Discussion with Milan Tomic about the defeat of Olympiacos by Efes

Olympiacos: Efes is a bad “demon” – Four years without a double in the City! (videos)