For the first time in history, the Ingenuity helicopter captured a photograph from Mars.

On February 18, the Perseverance rover touched the Martian surface for the first time. Inside, the Ingenuity helicopter traveled, landing on Mars on April 4, after almost two months of space mission. Now we have the first color image taken from the helicopter cameras of the red planet.

The first photo of the Ingenuity

On April 5, the US space agency shared the first color photograph taken by the cameras of the Ingenuity. Although this is a low-resolution capture pointing toward the Martian soil and was taken from the ground below Perseverance, NASA hopes to get new images once the drone-sized helicopter attempts its maiden flight.

In the Jezero crater vicinity, Ingenuity captured some Martian stones with the color imager on board the helicopter. The image was taken on April 3, 2021, and the scientists in charge of the project hope that can send more material as the mission progresses.

We suggest: Ingenuity, the NASA helicopter that will try to fly on Mars for the first time and make history

What is the objective of the mission? 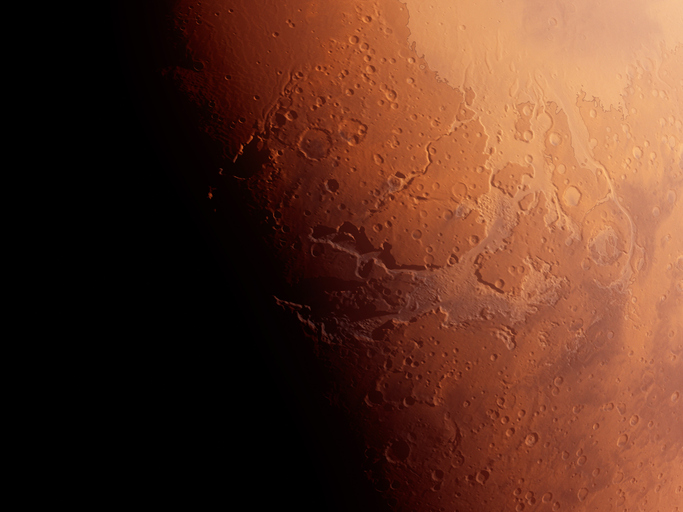 With Perseverance, NASA awaits find new information about geological history of Mars, as well as the possible life forms that inhabited – or inhabit – the Martian surface.

For this reason, it is likely that very soon higher resolution images are obtained during Ingenuity test flights. The team of experts who are leading the project hope that both robots will contribute the first astrobiological evidence of existing microorganisms on the red planet.

NASA reestablishes contact with Voyager, the mission that has been moving away from Earth for 44 years

No: the signal detected by NASA from Jupiter does not have an extraterrestrial origin