A series of accusations against James Web’s political career have called into question the name of the successor to the Hubble space telescope.

During the 1960s, James Webb headed NASA. The president had in mind to exploit a specific project: the Apollo program, which would position the United States at the forefront of the space race. In the middle of the Cold War, this would give the country a considerable advantage over the Soviets, who already had their own achievements in terms of space exploration.

His time at NASA has been recognized as one of the most notable among other leaders who have held the same position. For this reason, it was decided to name the successor to the Hubble telescope in his honor. Under the water, however, Webb had another, less lucid agenda. During his administration, between 1961 and 1968, persecuted the LGBTQ + community to the last consequences.

In the midst of the pandemic crisis, NASA is considering renaming the successor to Hubble. In discursive terms, not politically correct that the name of a overtly homophobic administrator be celebrated with an honor this great. In this regard, Paul Hertz, head of the institution’s astrophysics division, highlighted the following in a statement:

“We must make a conscious decision,” said the expert. “We must be transparent with the community and with the public as to the justification for any decision we make.”

For this reason, it is being considered rename the telescope. Although there are those who allege that James Webb persecuted gays and lesbians during his professional career, there is still not enough evidence to support these accusations. For this reason, the final decision-making is being withheld until the agency finalize the internal investigation process.

We suggest: No: no solar storm will cause a “massive blackout” on Earth 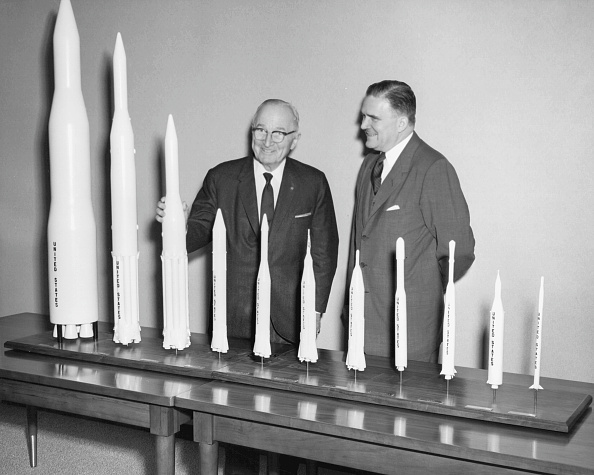 In total, the new artifact that will look to the most remote past of the Universe like no other object will cost $ 8.8 billion, according to Nature. If the schedule allows, it will launch in late 2021. Inside NASA, however, the fact that such an expensive device enters outer space under the name of someone who promulgated values ​​of intolerance to diversity it is simply not admissible.

For this reason, various scientists working for the agency launched a petition to change the name of the telescope. Until now, I know have collected 1,250 signatures of professionals who will be dedicated to observation with the device. In parallel, they are working with a non-NASA historian to review James Webb’s political documents and archive.

The expert will analyze the registered shares of Webb throughout his tenure in various positions in the United States government. However, he will also consider his public actions until his death in 1992. Although the COVID-19 pandemic has slowed down the process, the investigation is still ongoing. Once completed, NASA will decide what to do. Meanwhile, the name of the telescope is on a limbo of political correctness and bits of historical intolerance.

To celebrate its 30 years, the Hubble telescope revealed 30 unpublished images of space