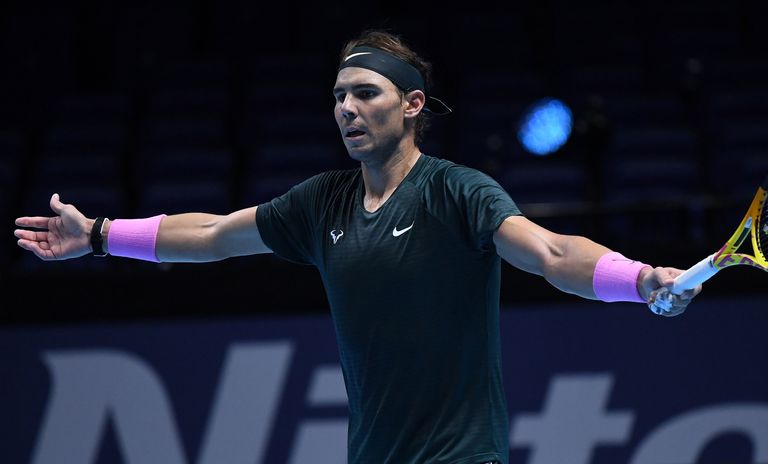 Nadal protests after a video arbitration decision, this Tuesday in London.ANDY RAIN / .

With antagonistic profiles, both on and off the track, Rafael Nadal Y Novak Djokovic They can’t quite find a meeting point lately. This Tuesday, after falling in front of Thiem, the Spaniard was asked about the intervention of technology in this context of a pandemic, since during the duel he protested some decision of the video system that has replaced the traditional linesmen since the resumption circuit, in August, with the aim of minimizing personnel on the track.

“For me, it wasn’t the brand… But it’s okay, I accept it. There is no complaint, ”said the Manacor in English, before returning to the subject when the question was raised in Spanish. “Everyone will have their opinions, right? They are all valid, so I do not want to generate any kind of controversy. I like the traditional court better, because I think you saw a lot more with the linesmen. I heard Djokovic say at Roland Garros that they were not necessary, but… They are different visions of sport ”, he transmitted.

During the tournament in Paris, the Serbian slipped that if it were up to him, he would fully impose the technology, thus avoiding situations like the one that originated in the US Open previously, when he involuntarily hit a linesman and was sent off in the eighth of the great New Yorker. “We are a sport that has room for evolution, because we have changed very little in the last 50 years with respect to other sports,” Nadal continued yesterday, “but I don’t think this is the way to improve the spectacle in our sport.” .

“As a tradition, I like more to see a court with the linesmen and with the chair umpire, because in the end, the linesman is not necessary either, if he is only there to sing the result… If we want to go in that direction… He can have a video analysis that is automatic and if there is any doubt you ask and that’s it “, he deepened; “There is also a clock to count the time… That is, we can be the two of us alone on the track, because at a technological level we could do it, but if you ask me, I’ll tell you that I don’t like it. I prefer that the human part intervenes in sport, because it brings more value and has more grace ”.

From the PTPA to the duration of the matches

This is not the last aspect in which they have differed since tennis returned in summer. Then, Djokovic surprised by announcing the creation of a tennis association parallel to the ATP, the PTPA, with the aim of defending the rights of professionals through another approach, and Nadal referred to this last Sunday, after winning Andrey Rublev. “Not for having created this organization are helping tennis more than the rest of the players who believe in the usual structure,” he said.

“If we have experienced positive situations it has been due to Roger’s involvement [Federer] already mine, but also Novak and Andy [Murray] to ask the rest what they needed. If we compare the income of five years ago with that of now, it is clear that we have greatly narrowed the income gap between the lowest ranked players and the best. We know that we have to continue working on that, but we do not consider that another organization is required for that to happen. The idea is the same, but the focus changes to achieve it ”, he added.

In the same way, that same day he indicated that he is in favor of keeping the matches to five sets in the Grand Slams, while number one, the day after, was resounding: “I prefer it to be the best of three everywhere. We already have enough matches and tournaments throughout the year ”.