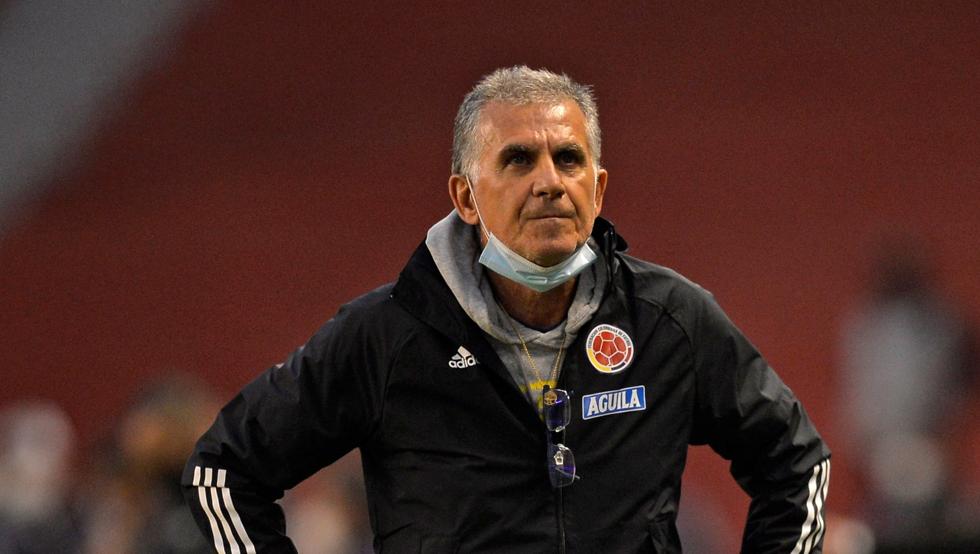 Portuguese coach Carlos Queiroz assured that his “adventure with Colombia is coming to an end” in an interview with the Iranian daily Farhikhtegan Daily, which was disclosed by local media this Monday.

The 67-year-old coach is on the tightrope after his team was beaten 6-1 by Ecuador in Quito and 0-3 by Uruguay in Barranquilla this month in the last doubleheader of the year of the South American qualifiers for the World Cup in Qatar. 2022.

The Portuguese, who spoke to the press for the first time since the game with Ecuador, said nothing more about his future in that interview in which he also referred to the death of Argentine star Diego Maradona.

Queiroz, a former coach of Iran and Portugal, arrived in Colombia in February last year and has since led 18 games, of which he has won nine, drawn five and lost four.

Under his command, the coffee team reached the quarterfinals of the 2019 Copa América, in which it was eliminated by penalties by Chile, and currently occupies seventh place in the qualifying rounds with four points, eight behind the leader Brazil.

Colombia’s next matches are scheduled for next March against Brazil in Barranquilla and against Paraguay in Asunción for the fifth and sixth round of the qualifying rounds to Qatar 2022, respectively.