The city that “never sleeps” will count again from the early hours of this Monday with the Subway that “never rests.”

New Yorkers will wake up on Monday with the good news that the uninterrupted 24-hour service of the Metro service, which had to be suspended as a result of the pandemic, was restored at 2 a.m., precisely at a time when the state of Nueva York continues with its economic and social reopening.

For the first time in 116 years of providing uninterrupted service, on May 6, 2020 the New York Metro system suspended service for four hours – from 1 am to 5 am – to undertake an unprecedented cleaning and disinfection process, aimed to protect employees and users from Covid-19. This year, on February 15, Governor Andrew Cuomo announced a partial resumption of night service, reducing the shutdown to two hours.

The resumption of Metro service during the night occurs at a time when the number of users is tending to recover. On Friday, March 12, the number of passengers reached 1.9 million for the first time since the start of the pandemic a year ago, while on Monday, May 10, it exceeded 2.2 million users, a new record in a single day. .

Patrick Foye, president and CEO of the Metropolitan Transportation Authority (MTA), stressed this Sunday that the resumption of service has been possible thanks to the governor’s leadership and the hard work of New Yorkers.

“We owe our heroic frontline workforce a tremendous debt that will never be paid in full. They kept this city moving when it needed it most, and they will continue to be heroes among heroes, ”Foye said.

For her part, NYC Transit interim president Sarah Feinberg indicated that the return of the Metro to 24-hour service is a sign that it is closer than ever to a return to normalcy.

“We wouldn’t be at this point without the sacrifice and dedication of the entire NYC Transit team. Thanks to your heroic efforts throughout this pandemic, we can return New York City to its title of the city that never sleeps, ”Feinberg noted. 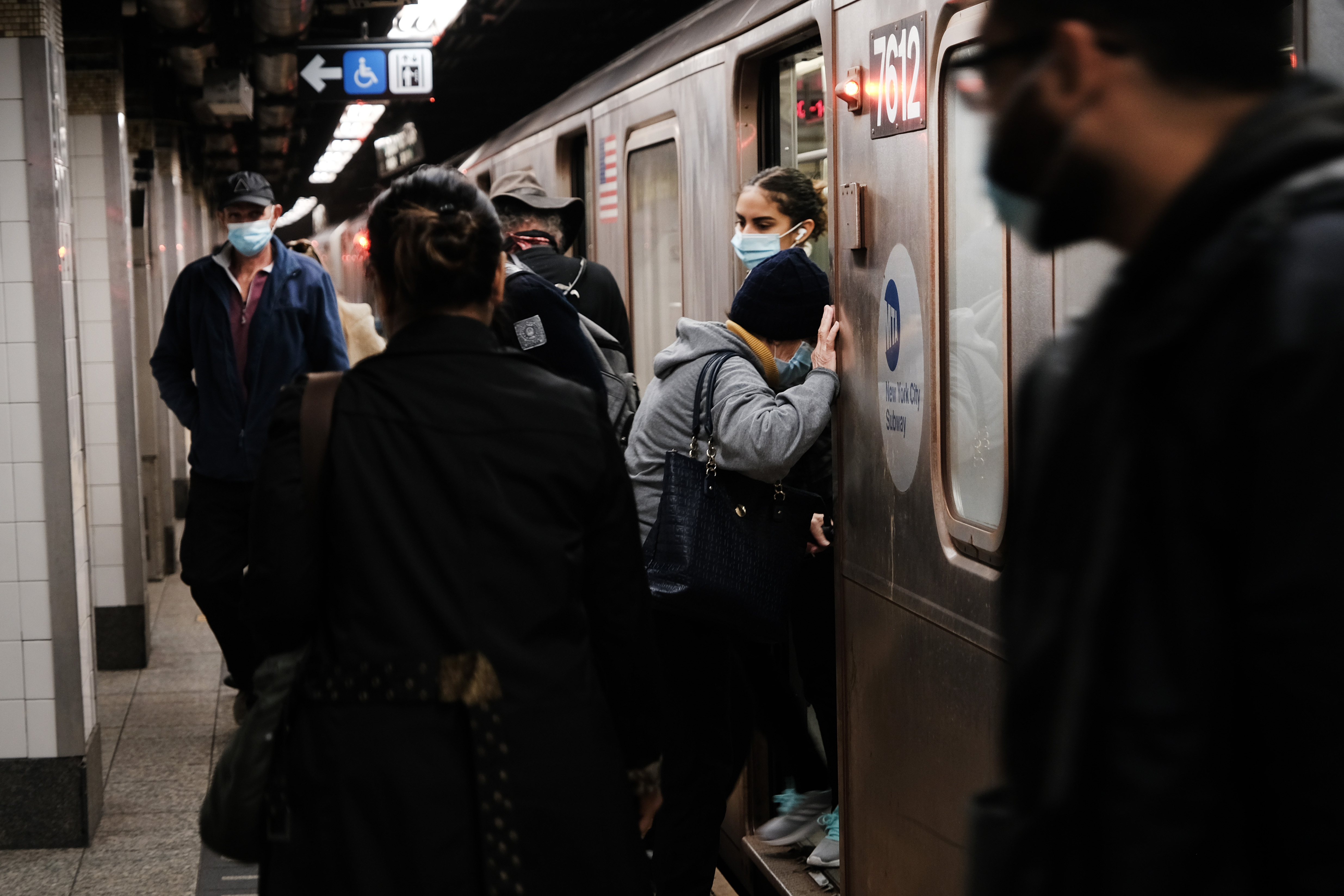 An average of 5.5 million New Yorkers used the Subway daily before the pandemic. / Getty Images

Before the pandemic, the average number of passengers on the Metro during the week usually exceeded 5.5 million. That number dropped by more than 90% to a low of about 300,000 daily trips in April 2020 when the number of COVID-19 cases peaked in the New York City area.

The MTA warned that cleanup work will continue on the Metro, buses and the transit system for people with disabilities, among others. The stations will be disinfected at least twice a day.

Masks are still required to travel on public transport. Compliance with this measure in the Subway and buses has been general with 98% compliance in the Metro and 99% in buses.

The Metropolitan Transportation Authority (MTA) this Sunday launched an unprecedented communications and marketing campaign aimed at increasing the number of passengers as the New York metropolitan region recovers from the pandemic. The #TakeTheTrain, #TakeTheBus campaign will serve to encourage New Yorkers to return to a more reliable and cleaner system than the one many last used before the pandemic hit New York.