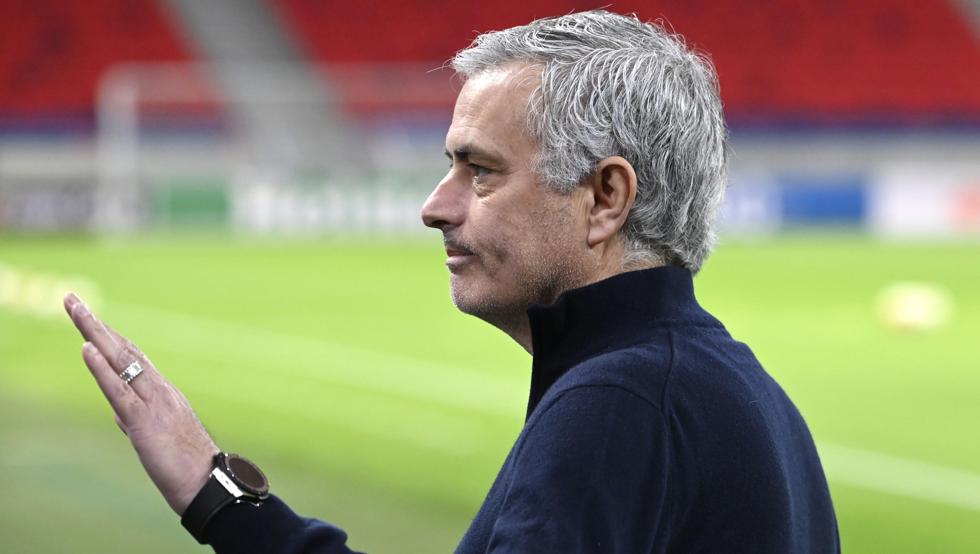 José Mourinho, Tottenham coach, still believes that his team can finish the Premier League in the top 4 and therefore enter the Champions League. From being leaders the Spurs have moved to occupy the 9th place and have only won 3 of their last 12 games, thus they are 6 points behind Chelsea, 4th.

But, for the Portuguese coach, “it is still too early to talk about the final classification.” Tottenham play a London derby against West Ham on Sunday. On Thursday, Mourinho’s men got their way to the last 16 of the Europa League by beating Wolfsberger 1-4 at the Puskas Arena in Budapest.

“We have already played both games against Liverpool, Chelsea and Manchester City,” said the former United manager on Friday. “There are other teams that haven’t even played their second game against one of the top ranked teams.”

Despite being separated by 6 points from the Champions zone, Mourinho believes that his team can still be among the top 4. “Anything can happen. We can finish in the ‘Top 4’, in the ‘Top 6’ or out of the ‘Top 6’. But we have to make sure we finish as well as possible, “he added.