Spain, lagging behind in its use

They allow us to travel at our own pace and spend the night in idyllic places, surrounded by nature. In Spain, their demand is beginning to wake up, also encouraged by the security they provide against the coronavirus. There are several types, but they are not exactly cheap vehicles.

On a good budget, full-size motorhomes are very luxurious.

As we know it today, the phenomenon of motorhomes was born in the 60s of the last century. The idea, however simple, was great: it proposed a unique space that would allow you to travel and stay at the same time, making the route itself take on a special meaning, rather than moving from A to B, and providing great freedom in terms of to the times and milestones of the route. Hence, it was the hippie movement that first adopted this formula, with the VW T1 or Bulli as a first, rudimentary and uncomfortable development of what today is a camper or a motorhome.

Nowadays, in Europe there are about 2.5 million vehicles of this type and it is expected that in 2024 12 million tourists will travel each year by motorhome. Although the cast is very uneven. Germany is king, with about three-quarters of a million units, while in Spain it does not even reach 80,000 in a market, that is, clearly on the rise.

This delay is surprising, seen the tourist potential of our country, and is confirmed with the little deployment of infrastructures where to camp and spend the night. According to data from Aseicar, the Spanish Association of Caravaning Industry and Commerce, in Spain motorhome areas have gone from 183 to about 1,000 in 10 years. But we are still very far from the 7,500 that exist in France, the 5,700 in Germany or 4,800 in Italy.. In addition, we can count on the places available in other 1,200 campsites.

According to his calculations, some 2,000 extra spaces of this type will be needed to accommodate the 150,000 caravans (two thirds of them foreigners) who will travel our roads this summer. That, or risk repeating the agglomerations that were already experienced a year ago or during the last Holy Week in some parts of the peninsula. 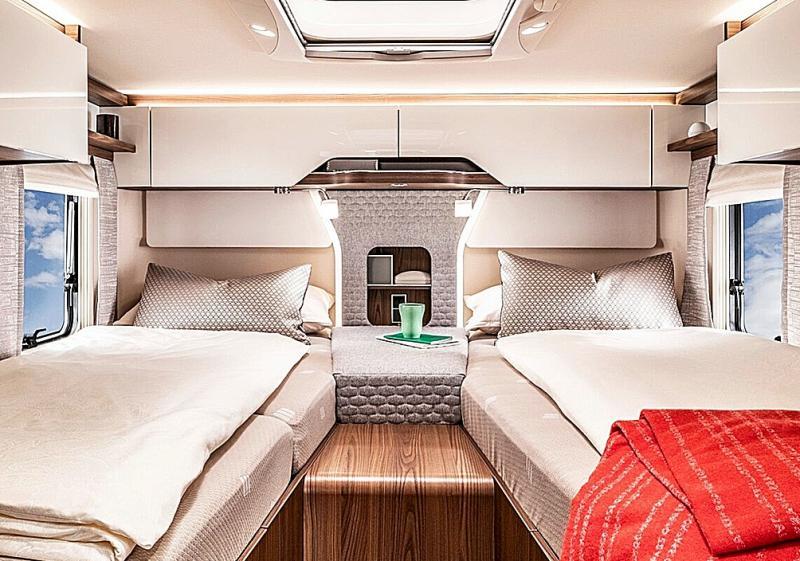 The luxurious bedroom of a premium integral caravan.

Sales, on the other hand, are solid. Last year, and despite the great slowdown caused by Covid-19, 8,690 motorhomes and camper vans were registered, which was only 3.9% less than in 2019. If caravans are also added (those of a lifetime dragged by another vehicle, which are in reverse) and the second-hand models that changed ownership, the figure rises to 26,731 units. Although Aseicar warns that many of the registrations correspond to second-hand models imported from Europe, which may mean “a risk in terms of contamination, homologation and even altered documentation, such as the cases detected this year”. 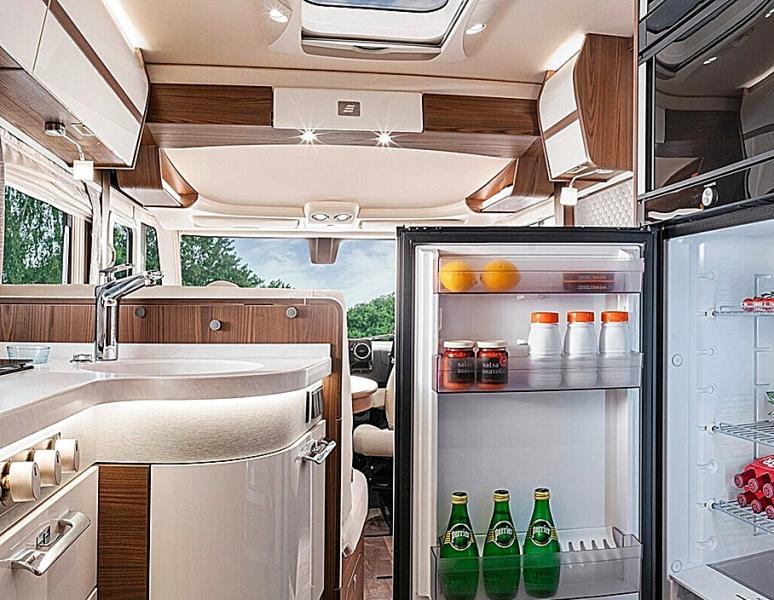 More than just basic necessities in a good (and expensive) motorhome.

The good market performance It remains so far in 2021 (3,715 new units until May) and no one escapes that one of the causes has to do with the coronavirus, which is reluctant to leave us. On the one hand, the changing situation abroad means that a large majority of Spaniards have decided to stay here this summer (national tourism will be up to 80% of the total) and also choose their own vehicle for travel. Taken to the extreme this fear, a motorhome avoids the risk of contagion both when traveling and when staying.

This higher interest has been accompanied by the significant increase in supply. Especially in camper, which are vans transformed into small houses. If before Mercedes or Vw they were a mandatory reference, now Dacia, Nissan, Ford, Citron, Peugeot, Toyota and Iveco they also have them in their catalog. Furthermore, this format is extended to larger vehicles that, for example, already have their own bathroom and toilet. Or that they go almost anywhere thanks to the high height of the body and the 4×4 traction. The latter are known as overland. And it is also common for more and more users buy a conventional van and make their own adaptation of the interior. 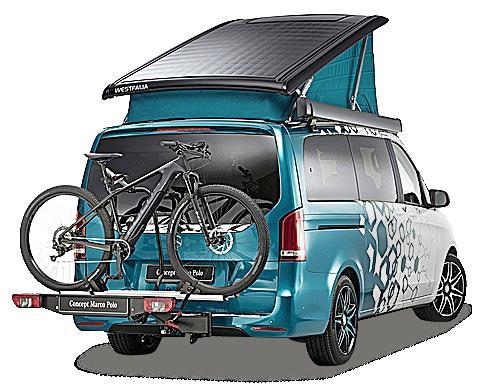 CAMPER. They are the smallest and spartan. Vans adapted for couples with children who accept certain sacrifices. From 20,000 euros.

In addition, they gain strength minimalist proposals like the small chests that the Autohome company has devised for Mini. They are placed on the roof, in the style of luggage trunks, but when they are deployed, transform into a tent, with ladder included, capable of accommodating two adults without restriction.

It costs 3,389 euros and, from there, the budget can go to infinity. You only need to think about the huge ‘motorhomes’ used by great stars of music, cinema or motorsport. With mobile zones that unfold, they get to have the useful footprint of a small flat packed with luxuries. And they cost as such. For example, the Volkner Mobil Performance S, which is 12 meters long and has up to a garage with a Porsche 911 GT2 RS included in the price of … 1.5 million euros. Or already in an adventurous plan, the Cami Terra Wind, which is amphibious and allows you to travel on land or navigate rivers and lakes (from 800,000 euros).

INTEGRAL. Cabin and body in the same body. Inside they are true rolling salons, usually for only four passengers. From 60,000 – 70,000 euros.

The latter correspond to the category of integral caravans, one of the four in which these vehicles are classified (see information below).

When choosing between one type and another we have to consider the number of occupants and know that, sometimes, it is not the same as those who can spend the night. As for the minimum comforts, in the smallest camper we will rarely have a toilet. A third consideration is to assess whether they have autonomous heating and air conditioning equipment for when we are camped.

They are not, in any case, cheap vehicles. Among the factory models, there are from little more than 20,000 euros, but if we think of an interior for four occupants with all the comforts (beds, living room, kitchen, bathroom and shower) from a recognized brand such as Spain Benymar, the average bill hardly falls below 50,000 euros. And in the integrals, you can easily reach the 100,000 euros in the case of the ms premium Hymer. 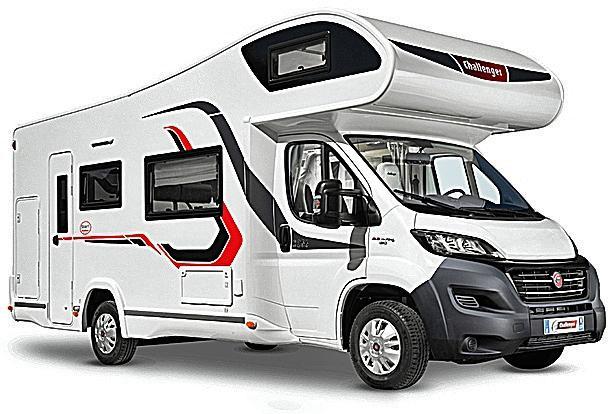 CAPUCHINAS. They have a bedroom above the cabin. For six or seven people, they are not very aerodynamic and efficient. From 45,000.

To these figures we must add insurance, maintenance and parking expenses when we do not use it, so It is only worth it if we are going to make intensive use for many years. Some of the money can be recovered by selling it.

If we consider it as a one-time adventure or for some summers, the rent is more cost effective. We will find a vehicle perfectly ready to travel, although again it is not cheap. For a period of 15 days, the rental price of an average model for four people ranges from around 2,000 to more than 4,000 euros, depending on the season of the year. and usually with limited mileage. Those rates are reduced by resorting to renting between individuals, a formula that is being offered by more and more websites, albeit with fewer guarantees.

TIPS FOR USE. The first thing is to take things easy, get hold of the vehicle’s measurements and take them into account: on average, they are around six meters long, more than two meters wide and up to three meters high. Also, they are slower than a car. To drive them, up to 3,500 kilos of mass, the car license is enough, and its limits are 120 km / h on the motorway and 90 on the highway. If they exceed that weight, the C1 permit is required and the limits are 90 and 80 km / h. When starting the trip, make sure to disconnect the power cord, close doors, windows, skylights, stopcocks and cabinets and put heavy things in a low place and secure if possible. The good caravan does not get dirty and leaves the environment as he found it. Wastewater is emptied at permitted points, which may be in service areas.

WHERE TO PARK OR CAMP. Upon arrival at the destination, we must make sure that we can park or camp without risk of a fine and without disturbing other users. In principle, you can park anywhere and spend the night, as long as we do not remove any item such as chairs, awnings or windows that exceed the perimeter of the motorhome. This is considered camping, a much more restricted activity. However, as each CCAA or City Council may have different rules, it is best to go to the authorized areas. Companies like Road Surfer have launched apps in which people from all over Europe offer space to camp. In the smaller and less bulky camper vans, the problems are reduced.