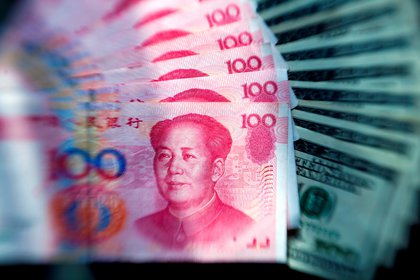 Yuan banknotes with other dollars. .

The other side of the exchange stability in real terms that spanned all of 2020 for the official dollar is the permanent sacrifice of reserves carried out by the Central Bank to regulate prices. Still with strict exchange control that hinders retail demand – a ceiling of USD 200 per month and a tax burden of 65% -, dollars keep leaking out of the system local financial institution, for import payments, deposit withdrawals and public and private debt cancellations.

According to provisional data, on Friday, November 13, the Central Bank’s reserves reached USD 39,101 million, with a loss of USD 91 million on the day, its lowest amount since January 2, 2017.

“Clearly what is happening is that despite the fact that demand was greatly limited by the measures that were taken successively in the previous weeks, still some marginal demand remains -card, savings, etc.-, but there is no stimulus to supply, so that part of the market continues very little dynamic, “he told . the Economist Diego Martinez Burzaco.

“How to solve it? Or i know accelerates the devaluation of the official above inflation or withholdings are lowered in a firmer and more stable way, but for that it has to accompany a similar or more than proportional decrease in spending ”, summarized Martínez Burzaco.

This shortage of foreign exchange in the formal circuit naturally It has an impact on the parallel market, with the rise of the free dollar observed throughout the year. Victor Beker, director of the Center for Studies of the New Economy (CENE) of the University of Belgrano, commented: “With the borders closed as a result of the pandemic, today there is no major power supply of the parallel dollar supply as were the sales of foreign tourists. Therefore, we have a market with strong demand but almost no supply ”.

A notorious consequence of the foreign exchange outflow is the rebalancing of holdings of international reserves, because while the monetary entity resigns dollars in cash, loans win participation or less liquid assets, such as gold.

This week, for the first time, the Currency swap with the People’s Bank of China came to represent more than half of the reserves which, although they are counted in dollars, now have the yuan as their main reference.

If the BCRA decides to convert the swap yuan to dollars, it must pay a 7.2% annual rate for the loan.

“Within the reserves, an important component is formed by the swaps agreed with China, which amount to almost 20,000 million dollars. The converting one part to dollars would provide the Central Bank with a significant mass of intervention to calm the exchange market ”, assured Víctor Beker.

This exchange rate factor can give you a unwanted stock volatility reserves, but it can also favor them, since in just over five months, the Chinese yuan appreciated 8% against the US dollar, a dynamic that translated into a accounting profit of USD 1.5 billion since May 28 due to the appreciation of the swap.

One point against is the very nature of this exchange of currencies between central banks, for which the People’s Bank of China gave the BCRA 130,000 million yuan and the Argentine entity gave its Chinese counterpart an equivalent amount in pesos.

Because it is actually a loan, the Central Bank counts as gross reserves, but not liquid, which are what it uses to intervene in the market. If you want to do it, for example, to convert yuan into US currency and to dispose of them, the cost to appeal this debt is the Shibor rate (Shanghai Interbank Offered Rate, 3.201% per year) plus four percentage points, just over 7% per year.

The Shibor rate is the benchmark for interbank operations established by the Shanghai Stock Exchange, China. Although it is higher than the rate paid to the IMF, around 4% per yearIts cost is much lower than that which Argentina should face by placing sovereign bonds, today close to 16% per year in dollars, according to the parities of the brand-new global bonds issued with the debt restructuring.

Also influencing the valuation of reserves is the variation in gold price (9.3% of the total, almost two million ounces), since the holdings of the precious metal and the Chinese swap account for 60% of international assets.

According to the latest Central Bank balance sheet, updated as of November 7, the net or freely available reserves, which do not count loans and private deposits, remained close to USD 7 billion. And the strictly liquid ones –excluding gold–, barely exceed 3,000 million.

Gross international assets reached USD 39,524 million. Of these, USD 19,682 million corresponded to the swap of coins with the People’s Bank of China (at 6.6052 yuan per dollar on Nov. 7); another USD 452 million, to the SDR Allocations (IMF Special Drawing Rights, discounting the SDR Allocations Counterpart); USD 3,159.8 million for the loan from the BIS (Bank for International Settlements of Basel, discounting the Counterpart for the Use of the Reserve Tranche), and about USD 9,036 million are lace (difference between private cash deposits in foreign currency for USD 14,658 million and loans for USD 5,622 million).

The entity’s net reserves were at the end of October, according to the consolidated balance sheet, at about USD 7,194.7 million. If, in addition, the holdings of gold (USD 3,864.4 million), assets usable to intervene immediately on the market – although gold requires a simple financial operation abroad to become liquid – they added some USD 3,330.3 million.

The creator of Amazon is the richest man in the world, but his favorite company, says a book that compiles more than 20 years of letters, interviews and speeches, prefaced by a biographer of geniuses, is the one that makes him lose the most money

The creator of Amazon is the richest man in the world, but his favorite company, says a book that compiles more than 20 years of letters, interviews and speeches, prefaced by a biographer of geniuses, is the one that makes him lose the most money