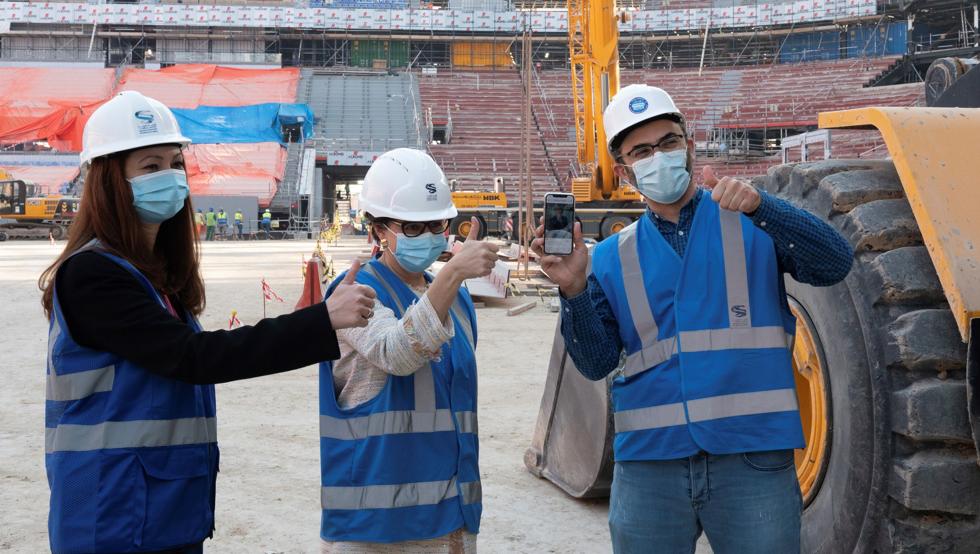 The Guardian reports on Tuesday that more than 6,500 migrant workers have lost their lives in Qatar since 2010, when the country was designated as the venue for the 2022 World Cup and launched the construction of major infrastructures and stadiums in preparation for the date.

The British newspaper assures that the working conditions are not adequate and as a consequence many have left their lives in the constructions for the World Cup event.

Migrants from Nepal, Sri Lanka, India, Pakistan and Bangladesh travel to the emirate to work on the construction of stadiums to host the matches, but also hotels, airports or transport lines.

The scandalous death toll reported by The Guardian has been obtained through the records carried out by these five countries. It does not include the last months of 2020 and so far in 2021, as well as workers of other nationalities, such as Kenyans or Filipinos, so the death toll could be even higher.

The authors clarify that it is impossible to know how many of these work-related accidents have occurred in works started up by the organization itself, which only recognizes 37 deaths, of which 34 “would not be related to work”, a figure that experts do not they consider it to be true.

“It is likely that many workers have died in these infrastructure projects for the World Cup,” tells The Guardian the director of FairSquare Projects, Nick McGeehan.

Apparently, most are classified as “natural deaths”, caused by heart or respiratory failure, and without performing autopsies on the body, although there have also been suicides or deaths from traffic accidents. One of the causes of part of the deaths would be the high temperatures in the country.

Statement from the Qatari Government

The Government of Qatar has shielded itself from the information from The Guardian in a statement in which they assure that the number of deaths “is proportionate to the size of the migrant workforce” and that the figures include workers who die from natural causes after living many years in the emirate.