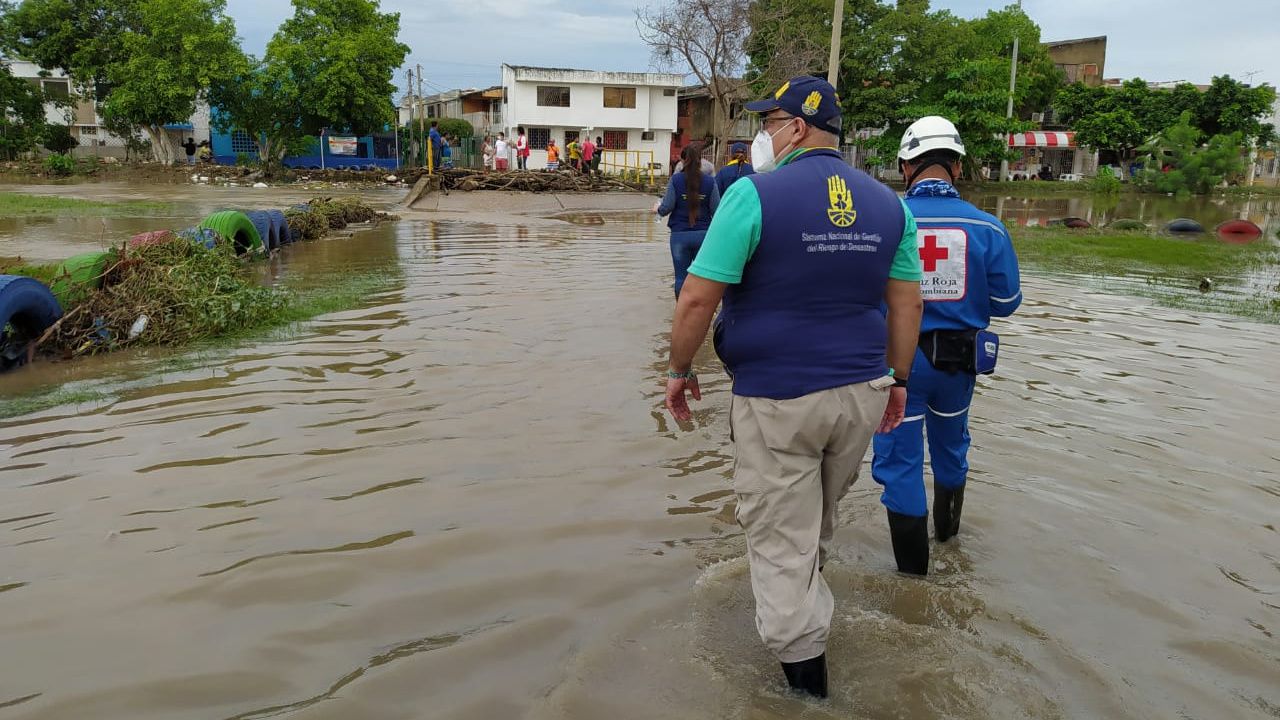 Taken from the Mayor of Cartagena

The Ministry of the Interior presented, this Wednesday, November 18, 2020, the Action Plan with which more than $ 500 billion pesos will be invested to mitigate the effects in the department of Bolívar and in the city of Cartagena caused by hurricane Iota and the winter wave that affects much of the country.

The Minister of the Interior, Alicia Arango, delivered the Comprehensive Action Plan in Cartagena, in the company of the Governor of Bolívar, Juan Mauricio González, and the Mayor of Cartagena William Dau Chamat.

“An action plan has come out for Cartagena and the department of Bolívar, where the National Government will allocate more than $ 500 billion for the sectors of housing, health, education, infrastructure, environment, agriculture, commerce and tourism, among others”, Minister Alicia Arango said in a statement.

In turn, he mentioned that, in the walled city, in which public calamity was declared and in which they were affected about 160,000 inhabitants, you have to make a significant investment in infrastructure such as the priority relocation of some homes, the waterfront and the city’s aqueduct.

This portfolio indicated that the ministries of Agriculture and Rural Development participated in the formulation of this Plan; Health and Social Protection; Mines and Energy, Environment; Commerce, Industry and Tourism; Housing, City and Territory; National Education; and entities such as SENA, Fontur, Colombian Institute of Family Welfare, Social Prosperity, Innpulsa and Invias.

You might be interested in: Supreme Court will not enter into any dialogue with the Inter-Parliamentary Union in the case of Álvaro Uribe

In turn, Minister Arango pointed out that, in the case of Bolívar, where public calamity was declared in 21 municipalities, just under half of the department, resources will be allocated for the humanitarian assistance, the roads that were affected by the winter wave and the Achí garden.

“In addition, the Ministry of the Interior will carry out the studies, designs and construction of 8 ‘Sacúdete al Parque’ projects in the municipalities of Cicuco, San Estanislao, Soplaviento, Achí, Santa Rosa de Lima, and 3 in Cartagena”said the minister. Photograph of the floods in the Marlinda and la boquilla sector, in Cartagena (Colombia) due to the passage of hurricane IOTA off its coast. . / RICARDO MALDONADO ROZO (.M0297 /)

According to the authorities, the rains during the weekend caused 14 landslides in the hills of Cartagena, 20 schools in the city were unusable and about 33 neighborhoods were flooded product of the rains.

In the department of Bolívar there were significant impacts on agricultural crops, floods in about half of the municipalities, landslides in the hills that add up to more than $ 54,400 million pesos in general losses according to the governor, Juan Mauricio González.

On the other hand, President Iván Duque announced, on Monday, November 16, that the registration of the families that were affected is progressing, some of which are already in shelters, arranged by the mayor of Cartagena and the government of Bolívar.

“We have been doing intense work and for several days we have had the Risk Management System activated. The declaration of calamity has been made to face the points most affected by the winter season “, said the president.

You might be interested in: Supersalud has issued sanctions for 600 million pesos to EPS and IPS for denying the interruption of pregnancy