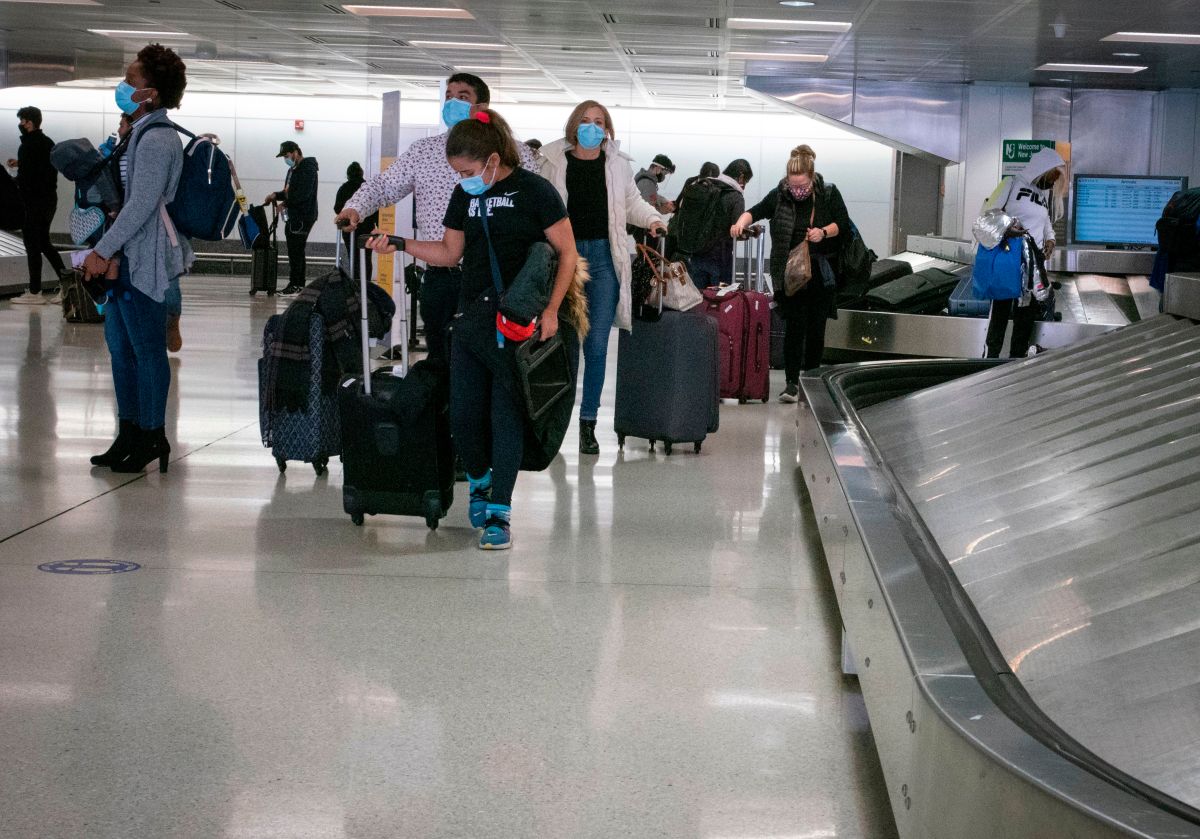 The TSA registered 1,019,836 travelers at the airports this Friday before Thanksgiving.

Despite the record number of new COVID-19 cases and recommendations from the Centers for Disease Control (CDC) not to travel by Thanksgiving, authorities recorded Friday as the second busiest day at US airports since the pandemic almost completely paralyzed the air transport industry in March.

According to data from the Transportation Security Administration (TSA) The United States recorded little more than a million people in transit at American airports.

This amount represents only 40 percent of the volume recorded on the Friday before Thanksgiving but a year ago. This is the second time since March that more than a million people have been registered that they travel in a day. The first time was on October 18 when they registered 1,031,505 passengers, the highest number since March 17.

On Thursday Johns Hopkins University reported a record 195,542 new confirmed COVID-19 cases in the country and a day after the CDC issued the warning of do not travel on Thanksgiving Dayas doing so can increase the chance of contracting coronavirus.

According to the figures, 1,019,836 passengers that the TSA registered this Friday in the airports still continue to be less than half of the 2,550,459 that the airports registered on the same day of the week but 2019.

United Airlines reported Thursday that it has seen an increase in flight cancellations and a decrease in bookings in the face of the growing number of COVID-19 cases. American Airlines and Southwest Airlines also reported a decline in bookings, according to a CNN report.

Related: Increased space for travelers: Delta announces that it will vacate the middle seat on its flights until March 30.

Airlines prepare for what will be the busiest week since the start of the pandemic, it is expected that flights could increase by 15% during Thanksgiving week.

Airlines insist that sanitary measures such as disinfection procedures, the use of fresh air used on long flights, as well as the use of hospital-grade air filters, make flying safe even during the pandemic. Airlines also recommend passengers wear masks during the trip.

However, the CDC is not only referring to the spread of the disease on airplanes, but to the family gatherings on Thanksgiving that they estimate will skyrocket cases of the disease in different parts of the country.