A new trailer lets us see some monsters we didn’t have, including this cook.

Needless to say, the monster hunter movie she has divided the public like her alone. The theme does not fit many, although the idea of ​​seeing monsters as imposing as Rathalos or Diablos in glorious CGI has its own. Or so we thought around here, until out of nowhere the official trailer for China, and with him, the Muscular Chef.

We recommend you take a look at the video that accompanies the news, you cannot miss it. Apart from some monsters that we had already seen previously, we can also find others like the Nerscylla (which, curiously, does not appear in MH World), what seems to be a Cephalos (0:18) and the affable cook that concerns us, with an… interesting film adaptation. 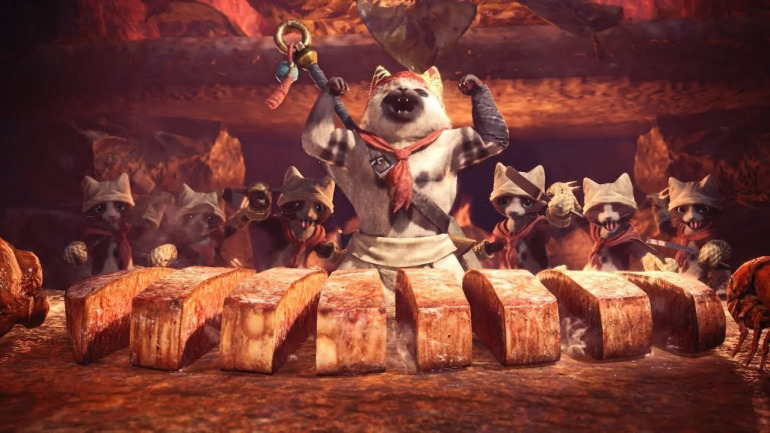 The Chef and his companions Felyne in Monster Hunter: World

For those less familiar with the matter, the Muscular Chef he is in command of the canteen in Astera, the base of operations for the Commission of Inquiry in the New World. For whatever reason, he is actively involved in meetings with the Commander and the hunters, bringing his glamorous biceps and unwavering dedication to the noble art of seasoning meat.

Monster Hunter opens in theaters in Spain on December 4, telling us the story of Captain Artemis (Mila Jovovich) and her team of marines, who have ended up trapped in a world dominated by Capcom’s beasts. To return home, they will have to team up with a hunter (Tony Jaa) who knows his prey thoroughly.