There is still a month and a short time for Monster Hunter Rise to sound the hunting horns on Nintendo Switch and it was clear that the trailer we saw in the last Nintendo Direct, introducing new monsters and the return of the Apex monsters, was not going to be the one last we saw before launch. Rather than leave us all wondering when we will have more news about the game of killing giant monsters with friends, Capcom has decided to go out and announce that during the anniversary week of the franchise, (at the beginning of March) we will have not one, if not three digital events related to the game, including a new Monster Hunter Digital Event. This is nice!

Take out your agendas, take the red marker and write down:

On March 8 at 3:00 p.m. (Spanish peninsular time) the new Monster Hunter Digital Event will take place. Let’s remember that in the last one we discovered that we could ride monsters and they ended up revealing a demo. What will they be saving for this occasion? On March 9 at 3:00 p.m. (Spanish peninsular time) they will show us new gameplay of Monster Hunter Rise, the hunting tutorials and will do a round of questions and answers with Ichinose Yasunari, the director of the game. Two days later, on March 11 at a time yet to be specified, we will have a live streaming dedicated to the community. Unfortunately Capcom has not been very wet in what type of content there will be and the absence of a fixed time makes me think that they themselves are not clear yet. 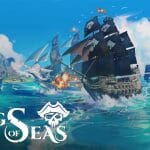 Go prepare your weapons, grab the potions and the sharpening stones (ah, not that now they are infinite) and have everything ready for when we comment, at least, on our Twitch about the Monster Hunter Digital Event!