Home>Sports>Tennis>Monferrer, the kid who wants to be like Schwartzman

Ezequiel Monferrer, 17 years old, is number 1 in the country in junior and goes for his goal to play the Roland Garros of the category. A childhood and adolescence marked by cars, when he saw his father run, and obviously, in tennis. At 1.73 meters tall, he wants to follow in the footsteps of Diego Schwartzman (9th). However, his idol is Juan Martín Del Potro (172 °) and his advisor, the former top 20, José Acasuso. He left Posadas, his hometown, to move to Buenos Aires and immerse himself in a life in the brick dust that is just beginning.

-How were your beginnings in tennis?

-I started when I was three years old at the Itapúa club. I started because my dad was going to play club as a hobby. He asked a teacher at the club if he could start playing. He told him he was too young but he let me go to a class to try it out. Once I went, he said yes and there I started with the group of seven or eight years old. 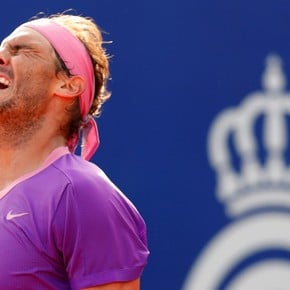 -What else did you do in your childhood?

-It was based mainly on tennis. I also really like motor racing and fishing. Those are my three passions. Since i was a kid my dad raced in the TC4000 in Misiones. I was going to see it and from there I got a taste for cars. 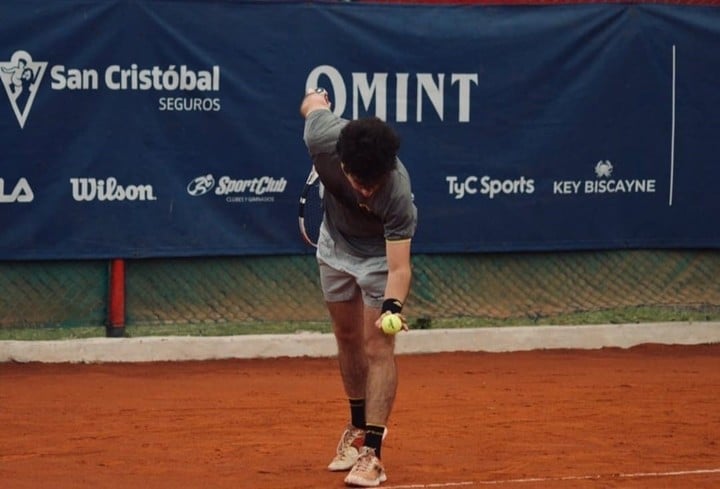 Monferrer was born in Posadas, Misiones.

-And you never gave up running?

-Once I tried a karting but I was very young, I turned around, I started spinning and my dad said: “That’s it. You already tried and you were scared, I continued with tennis ”. 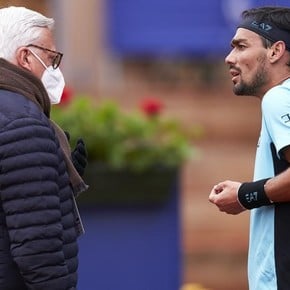 -And when was the moment you said ‘I’m going to take tennis seriously’?

-At 10 I started playing the sub 10 by provinces. There it was quite difficult because we were competing against Buenos Aires, Córdoba and other good teams. At 12 we set our goal to play the South American with Argentina and we had to make the final in the grade 1 tournament, which is the most prestigious. I did and When I played the South American I said: ‘I have already fulfilled my most important objective, which was to play with the Argentine jersey’ And that’s when I began to notice that I could dedicate myself to tennis and play seriously. Train me seriously.

-Did you have to drop out of school for that?

-Nerd. My parents didn’t want me to quit. I continued training one shift but with things much more serious. I started going to the psychologist, to a nutritionist, the whole picture changed. At 15 or 16 I started doing double shifts and there it was more difficult. I did not leave school but I did tennis three days a week and two days a week I went to school or the other way around. So until last year, when I finished it. 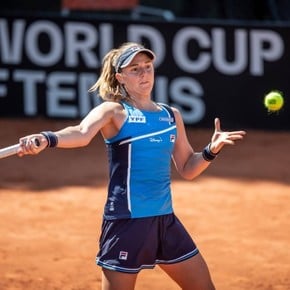 -Travel was a topic I imagine …

-I started traveling when I was 14 years old, that I played the South American tour and qualified for the European one. There I played in Belgium, Holland, France, Germany and the Czech Republic. Since then I started traveling a lot and then trying to fix myself as best I could. 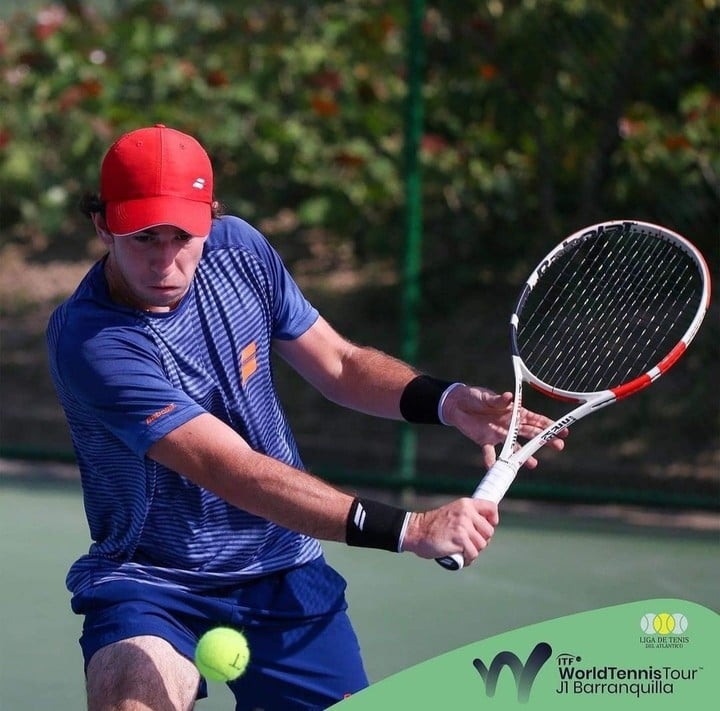 His game is similar to that of Schwartzman and his idol is Del Potro.

– Is it difficult for you to travel so much? As you take?

-I really had a good time. I always had my lifelong coach as a traveling companion. I have a great time, I have fun and I focus a lot in everything I have to do. 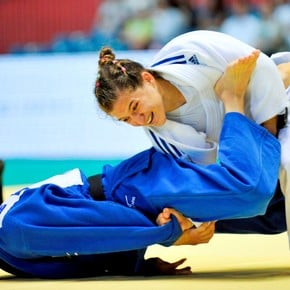 -Mainly my parents, who are also looking for help from sponsors wherever. Someone who can help pay for the trips because they are so expensive. 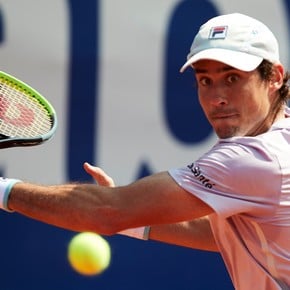 -And outside of tennis, do you do other things?

-Almost no. It is more than anything from the hotel to the club and from the club to the hotel. If one day I am free there, I do walk a bit. Nor can I do much because that tires and perhaps I prefer to stay in the quiet hotel and relax to be full the next day. 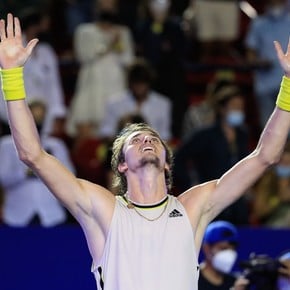 -What is your preferred surface and tournament?

-Brick dust and Roland Garros. It is my dream to win it.

-Is there a tennis player with whom you compare yourself based on your characteristics?

-I’m not very tall, I measure 1.73. I have a style of play similar to that of Schwartzman (NdeR: measures 1.70). Although the drive is my best shot, that’s why I don’t play as far back as him, but I try to dominate with the right and play closer to the line. I look at him as an example to follow, because of how he plays. I have to do it that way if I want to get to his level tomorrow. 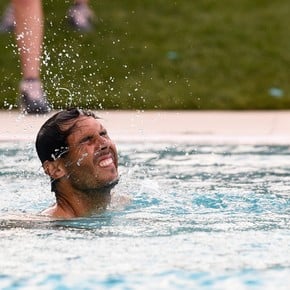 -What are your short-term goals?

-May 5 I have a tour of Austria, Portugal and Germany with the aim of scoring points to be able to play Junior Roland Garros, where the best 56 in the world are classified. Now I’m 71st. 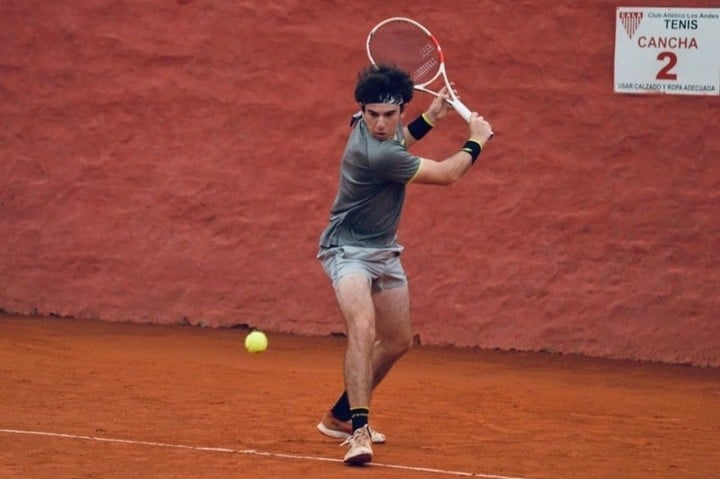 In May he will go on a tour of Europe.

-Did you train with a recognized tennis player or idol that you have?

-My idol is Del Potro. I couldn’t train with Juan Martín yet, but with Leo Mayer (159th) and Guido Pella (55th), who are trained by Chucho Acasuso, with whom I have a good relationship. 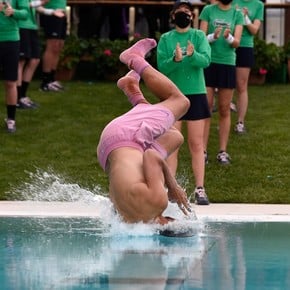 -How is your bond with him?

-He is also from Misiones, so we talk a lot. Whenever I need advice or something I turn to him. Chucho is always there, the truth is that he is incredible. 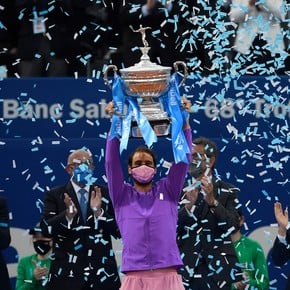