The Vox candidate to the Presidency of the Community of Madrid, Rocío Monastery, has criticized this Thursday that different political leaders, including the leader of United We Can, Pablo Iglesias, have justified that this Wednesday they were “stoned with bricks” in it Candidacy presentation ceremony held in Vallecas. in which there were four detainees, three of them minor.

In an interview on ‘esRadio’, collected by Europa Press, he pointed out that they were “stoned” because he allowed it the minister of Interior, Fernando Grande-Marlaska, that “he did not authorize the loads in time to make the necessary space” in what is known as’ Red Square.

Already last night, Monastery demanded the resignation of the minister in another interview, in which he insisted that “Mr. Marlaska has not wanted put the means to protect ” to those who were going to tell their ideas or to “protect the many residents of Vallecas who have seen astonished how they were in danger.” In addition, he has emphasized that in the There were children in the area “who cried and were afraid, ladies who have received stones and several who have ended up in the hospital “.

“It is a shame that in Spain one cannot freely express their ideas, that we have a minister who allows this to happen, that we have a Prime Minister like (Pedro) Sánchez who allows a political party to be stoned in an electoral act, because that is what happened yesterday, “said the candidate this Thursday. 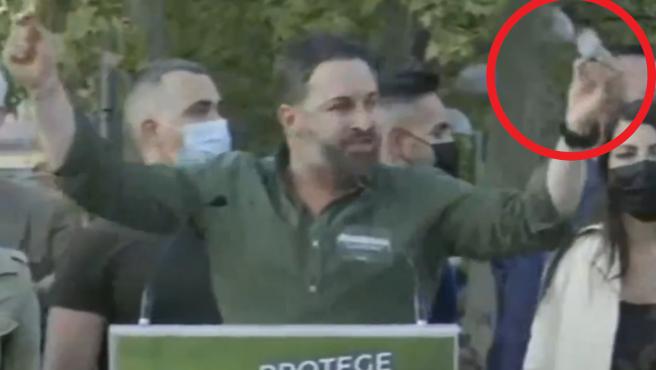 In this line, he has assured that when they arrived at the place and opened the door of their vans they transmitted that “they were not able to guarantee the safety of anyone”, although they were not going to “leave” their followers.

“The truth is that we had at 18 meters a circle with the whole troop of violent “, has related and has clarified that many of his supporters could not access the square and spent the afternoon” refugees “in stores such as supermarkets or opticians.” Is this the Spain that we are going to leave to our children? ” has wondered.

For this reason, he has also criticized the tweets launched by both Iglesias and the spokesperson for United We Can in the Congress of Deputies, Pablo Echenique. “It is intolerable and these people are in the Government of Spain. These violent people who do not respect democracy and different opinions “, has launched. 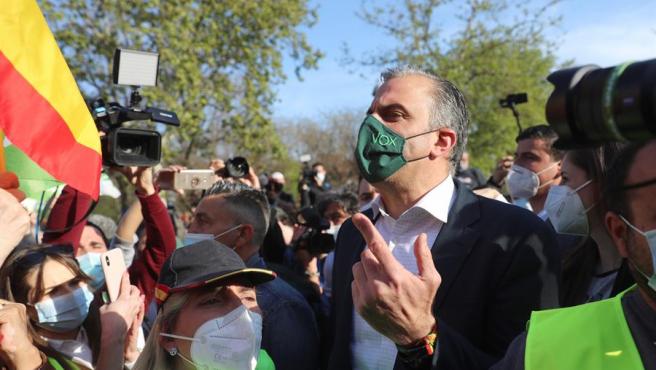 “The most disgusting thing is the equidistance”

Monastery has also stressed that what they want is to “annihilate” the adversary political and stressed that “the most disgusting of all is equidistance.

“The violence of one and the other, the typical message of Citizens of always, are always in neither red nor blue. Hey no (…) they also have less forgiveness than anyone because they have suffered it in Catalonia, “he criticized.

Consider that this situation is fight with “bravery and clarity” and that Vox “is only going to tell the truth.” “Here the main person in charge is Marlaska, if he had given the order that he should have given, we would not have suffered what we suffered,” he insisted, while specifying that they did not throw “small stones” at them and that if one of the bricks hits you on the temple “leaves you annihilated”.