Not even 24 hours have passed since Andrea Meza was crowned Miss Universe in the 69th edition of the beauty pageant, and the young woman continues to talk about it, without doing anything to make it happen.

And it is that as soon as the beautiful Miss Mexico received the band and the crown from the hands of the South African Zozibini Tunzi, netizens eager to know more about the new Miss Universe, as well as the media, they undertook the task of delving into the life of the young woman, to learn more about her, and suddenly the rumor spread that the queen might be married.

People en español was one of the first media to generate expectations about the queen’s marital status, after sharing a gallery of beautiful images of Miss Universe, entitled “Andrea Meza’s family life: Is she married?”.

And it is that the publication echoed other netizens who were struck by a photograph of Miss Universe, dressed as a bride, with a striking white dress with a wide train, posing in a beautiful Mexican landscape next to a gentleman dressed as a groom, in front with front.

The image, which dates from 2019, was shared by the beauty queen herself on her social networks, with the message “09-03-19”, and an emoji in the shape of a wedding ring.

Immediately the photo sowed doubt and there were some bloggers who affirmed that Andrea Meza is not a single woman and that therefore she could not hold the title that accredits her as the most beautiful woman in the world.

And although so far the newly crowned Miss Universe has not referred to the issue, the “alleged husband” of the Mexican queen came out to explain things and mentioned that the photo that is circulating is not part of a royal wedding, but of a campaign in which both posed as models, but do not have any marital ties, as the queen is single.

Andrea Meza reveals her secret to win Miss Universe | Suelta La Sopa Official video of Telemundo Suelta La Sopa. In an interview with Vanessa Claudio, Andrea Meza, the winner of Miss Universe, tells us what her secret weapon was to take the crown. Download our App: telemundo.app.link/8005Db9UP6 SUBSCRIBE: bit.ly/SueltaLaSopaYT Suelta La Sopa: It is an entertainment program that offers the latest news and headlines from the show business, what… 2021-05-17T22: 35: 37Z

Cited by the newspaper La Opinion de Los Angeles, the model Jorge Saenz, explained that the photo, taken in 2019 in the beautiful Barrancas del Cobre National Park, was part of a tourism campaign to invite the world to visit the state of Chihuahua, Mexico.

“I want to tell you that more than a year ago, almost a year and a half, Andrea Meza, Andrea Sáenz, my sister, and I were participating in an advertising campaign for the state of Chihuahua, basically to promote tourism in the state. One of the photos we took was of married couples. It was that photo session of which Andrea has a photo on her profile (from Instagram), I have a photo on my profile. Andrea is my friend, she is a friend of my sister, very trustworthy ”, clarified the young man who posed as the husband of Miss Universe for that image.

“With all the situation that Andrea won, they are wanting to take it out of context and take advantage of this, I have received many comments, messages with even threats,” added Sáenz, insisting that Miss Universe is single, and sharing the video of the advertising campaign, that we show here, to settle any doubts, and where Miss Universe appears dressed as a bride at minute 1:14. 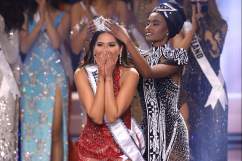 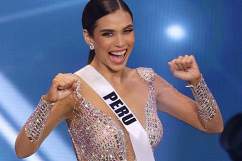