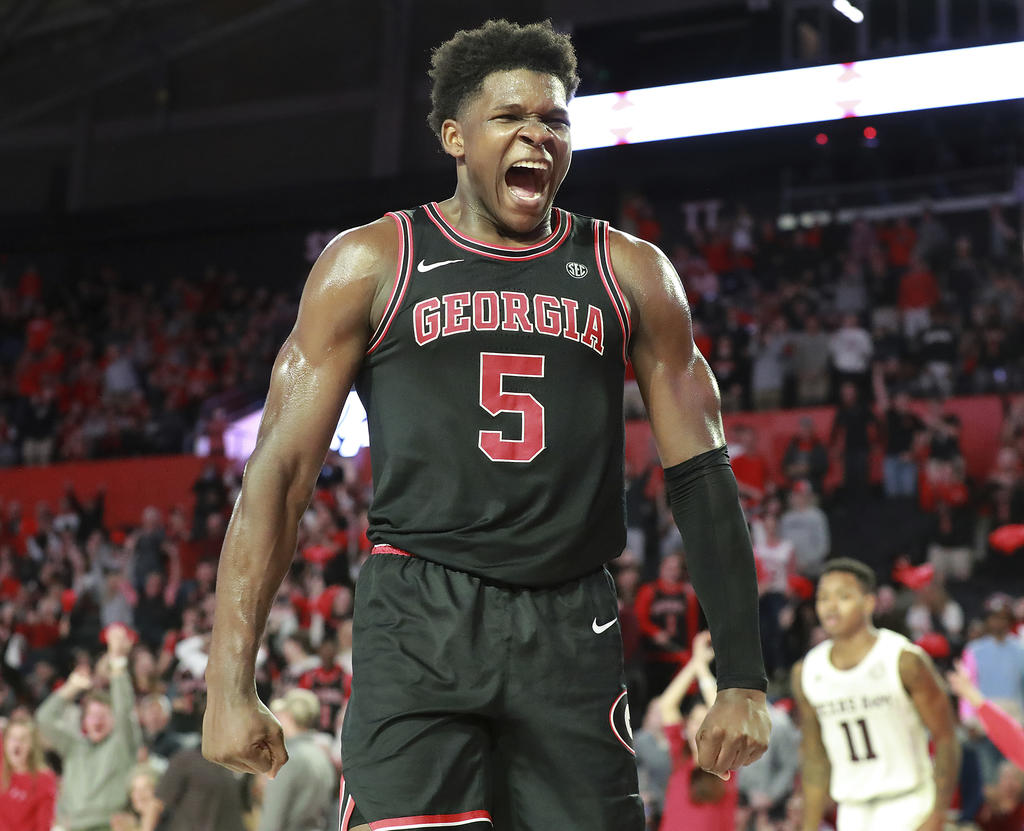 The Minnesota Timberwolves drafted Anthony Edwards with the first overall pick in the NBA draft that was finally made on Wednesday after several postponements.

Commissioner Adam Silver announced the selection from ESPN headquarters in Bristol, Connecticut. The draft was originally scheduled for June 25 before it was postponed several times as the coronavirus pandemic forced the event to be moved from its usual home, the Barclays Center in Brooklyn.

Boxes of team caps were sent to prospects to wear when they called out their names.

The Golden State Warriors, hit by news that Klay Thompson suffered another knee injury Wednesday, selected Memphis center James Wiseman with the second pick. They fell to the bottom of the league after Thompson missed the entire season with a tear to the anterior cruciate ligament in his left knee.

LaMelo Ball was chosen by the Charlotte Hornets, the next stop on a long basketball journey that sent the high school guard in California to professional basketball experiences in Lithuania and Australia.

The newly selected will have little time to prepare for their debut. They will have to shake off months of inactivity.

Wiseman has not played in a year, since there was no summer league.

Teams had to screen prospects without the benefit of the usual combine event in Chicago, and without the ability to invite players to their facilities for training and meetings. And in March, when the pandemic brought game-wide shutdowns, the NCAA tournament was canceled for players who wanted to make a good pre-draft impression.

This led to the fact that there were more questions than forecasts in this recruitment. Few knew with certainty which would be the first selections.

The Chicago Bulls took Patrick Williams from Florida State. Cleveland, with the fourth pick, opted for Isaac Okoro of Auburn, who is also a first-year player.