New skins, vehicles and much more in the mash-up of the successful video game dedicated to the LucasFilm saga.

Minecraft fans and Star wars You can be in luck with the arrival of new downloadable content focused on the space action and adventure saga created by George Lucas. This new mash-up, specifically, it is dedicated to the original trilogy (A New Hope, The Empire Strikes Back and The Return of the Jedi) and The Mandalorian, the successful Disney + series that will land in one of the best-selling video games in history with characters such as Baby yoda. 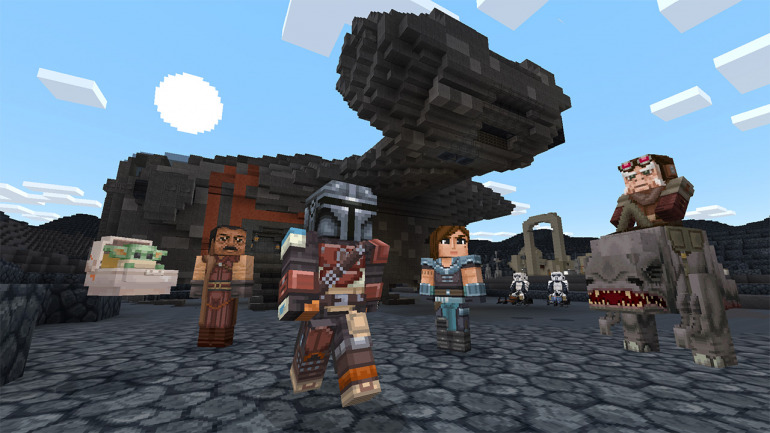 The download incorporates 12 planetary dioramas from Star Wars interconnected by hyperspace travel, such as Tatooine, Hoth and Endor from the first three films in the series as well as Nevarro and Sorgan seen in The Mandalorian. Mojang announces the arrival of a new map, a set of 36 character skins (Baby Yoda, Luke Skywalker, Darth Vader, Princess Leia, Obi-Wan Kenobi, Chewbacca, C3PO, RD-D2, Jabba the Hutt and a long etcetera), a complete set of custom textures, mob skins and other objects, a revised interface for the occasion and licensed music from the franchise where, they add, the mythical theme of The Cantina Band will not be there.

The DLC also includes rideable vehicles such as speeder bikes, X-Wings, the Razor Crest gunboat (used by the protagonist The Mandalorian), etc. All of this is available through the Minecraft bazaar for 1,340 Minecoins. It can also be purchased through the Microsoft Store at a current purchase cost of 7.99 euros.

In this way, Star Wars continues to strengthen its presence in video games after the launch of Star Wars: Squadrons a few weeks ago. Another launch of the series, Star Wars: Battlefront 2, also left news these days for the participation of one of its actresses for a very special job in The Mandalorian.

You can subscribe to Disney + for 6.99 euros per month

More about: Star Wars and Minecraft.