Miguel Oliveira has added his second triumph in MotoGP after winning in Portimao with great clarity. In fact, the KTM Tech 3 team rider dominated the Portuguese GP from start to finish to score a victory that completes the performance of the Portuguese rider in his home race. However, Oliveira signed a brilliant pole on Saturday and set an unattainable pace for all his rivals during the race. In fact, Jack Miller and Franco Morbidelli have completed the podium more than three seconds behind the Portuguese, in a result that has allowed Ducati to be champion by brands.

The last MotoGP race of 2020 started with a good departure from Miguel Oliveira. A start that became the only moment in which the KTM rider heard the roar of rival motorcycles, since Oliveira did not take long to escape thanks to a level of piloting and unrepeatable rhythm for the rest. With the Portuguese enjoying his driving as never before on a Portimao circuit that is known like the back of his hand, the whole fight was concentrated behind. Starting with an exit where Joan Mir played with Pecco Bagnaia and later with Johann Zarco. 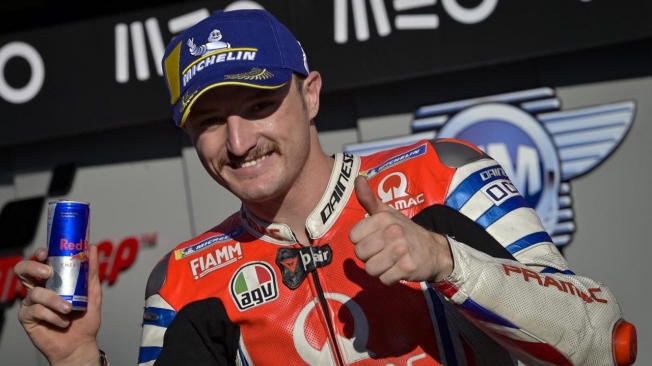 Jack Miller has secured the brands title for Ducati thanks to his second place at Portimao.

If the champion had a rather bumpy last race, to the point of ending up inside the box, ahead the fight was much closer. In fact, Jack Miller managed to overtake Franco Morbidelli on the last lap to finish second. A duel that served to close old wounds and that somehow satisfied both with its end. Nonetheless, Miller claimed second place for secure the brand title for Ducati, while Franco Morbidelli conquered the runner-up before the discreet career of Álex Rins. Double defeat in that regard for Suzuki after finishing the Catalan fifteenth.

Despite having a scare that almost brought him to the ground, Pol Espargaró conquered the fourth position ahead of Takaaki Nakagami and Andrea Dovizioso. Both had a good race, without failures, in which they managed to leave Stefan Bradl behind. All in all, the renewed Honda test rider has completed a great performance that has even allowed him to finish ahead of Aleix Espargaró and his teammate Álex Márquez. For its part, Johann Zarco finished in tenth place after beating a Maverick Viñales that has sunk throughout the race, just like Fabio Quartararo.

Results of the 2020 MotoGP Portuguese GP