The leading American business intelligence firm, MicroStrategy, is increasing its investment in Bitcoin (BTC). The company’s CEO, Michael Saylor, has taken to Twitter to reveal that the firm has obtained an additional 271 Bitcoins for $ 15 million.

This new acquisition brings MicroStrategy’s total Bitcoin count to 91,850 BTC. Saylor had previously stated that the company was attracted to Bitcoin because it was a more attractive store of wealth than gold. He pointed :

“The yields of gold did not seem as attractive as those of Bitcoin. So we finally found cryptocurrencies because, in essence, in the world of cryptocurrencies, you can create a digital world, and Bitcoin is that digital gold. “

CryptoQuant CEO Ki Young Ju recently revealed that institutions were in a hoarding mood since February, with accruals in the $ 48K-60K range. He explained:

“Institutions have been amassing BTC in the $ 48-60K range since February. Approximately 154,000 Bitcoin have left Coinbase into various cold wallets. “ 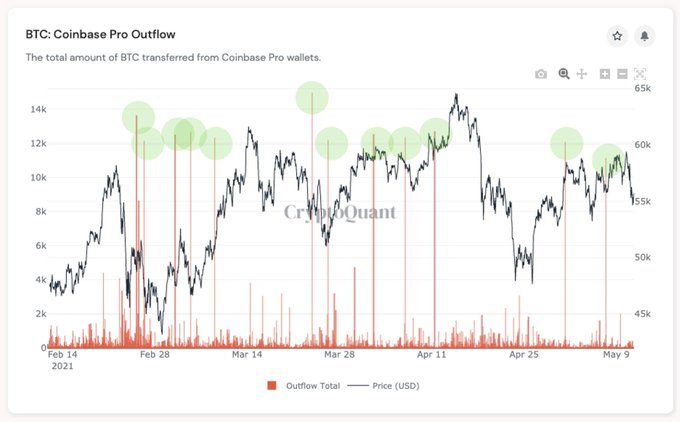 Institutional investors have been paying attention to BTC since it broke the previous record of $ 20k in December 2020. For example, blockchain information provider BlockData revealed that six corporate giants hold Bitcoin worth more than $ 11.4 billion. They included MicroStrategy, Tesla, Ruffer, Galaxy Digital, StoneRidge, and Square.

Time will tell if more institutional investments will continue to trickle into the BTC network for new all-time highs (ATHs) to be recorded before the close of the year.

However, market analyst Michael van de Poppe believes that Bitcoin will have to change the $ 56.5K resistance level to support if it wants to retest the $ 60,000 area, as this will guarantee a bullish momentum. BTC is trading at $ 49.6K at the time of writing, according to CoinMarketCap.