Microsoft has published the first beta of Windows 10 21H1, formally announcing the launch of the new spring update as we had told you a few days ago.

Microsoft confirms that this is a minor system update. “Windows 10, version 21H1 will have a set of specific features that improve security, remote access and quality. The features we’re releasing in this update focus on the top experiences that customers have told us they trust. Therefore, we optimized this version to meet the most urgent needs of our customers. ”

‘White and bottled’. As we have been seeing in the development program since last summer and we verified in the Windows Hardware Compatibility Program that it arrived without changes against the rules established for Windows 10 2004, this update will be quite modest in terms of new features. Microsoft cites three quite minor and that will be of little interest in the consumer market:

The reasons you already know. Microsoft is focused on the launch of Windows 10X and the big news expected for this year (some derived from that development) will be delayed to the fall version. In this way, Windows 10 21H1 will be another Service Pack that will update version 20H2 in turn, a mere update to 2004. It will be the first time in the development of Windows 10 that Microsoft released two service packs in a row.

You already know our opinion. It is sufficiently proven that Microsoft does not have the capacity to deal with two major updates per year. The change of strategy is welcome if with it the system reduces its errors and gains in stability and quality.

To use the version you need to be enrolled in the Windows Insider program. Testers who choose to participate can download the next version of Windows 10 in Settings> Update & Security> Windows Update, then select the Windows 10 21H1 – Build 19043.844 download. 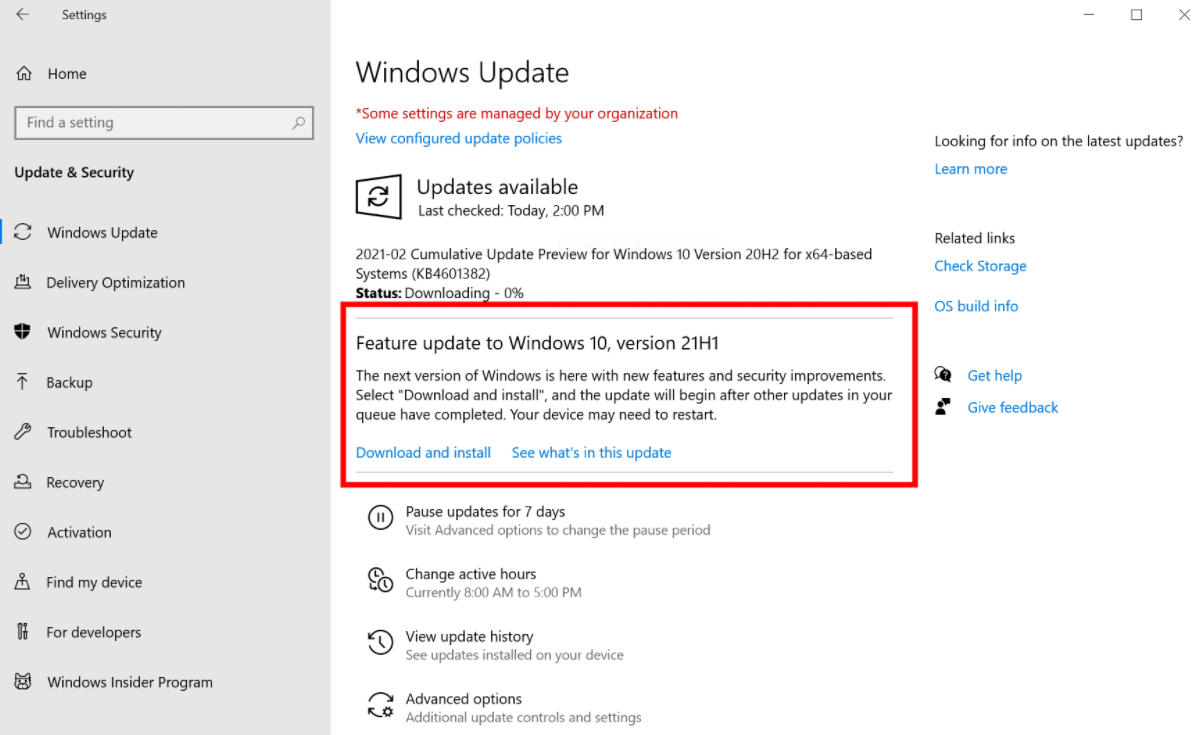 Taking into account the few changes to the version, we assume that the update will be quite fast. We will already test the RTM and we will tell you the (few) news. And you want to be part of the test program, nothing is easier than transforming your version of Windows to Insider from the Configuration tool> Update and security> Windows Insider program, where in addition to the beta of Windows 10 21H1 you can test the next version in a preliminary phase , 20H2.

All these trial versions not recommended for production environments since the maximum stability is not guaranteed and it may have undefined errors depending on the hardware where it is installed, drivers or the software it runs.