The Redmond giant has unveiled Microsoft Pluton, a security chip designed to improve the protection of any compatible PC based on Windows 10, a very interesting solution that adds a layer of protection at the hardware level that is also supported at the software level, an approach that we had already seen on Xbox One and Azure Sphere.

As you may have guessed, Microsoft Pluton is a chip that will be integrated into next-generation PCs and laptops, which means that in order to access it we will only have two options: buy a new team to include it or upgrade our processor to a model that mounts the Microsoft Pluton chip.

I can confirm that we are before the substitute of TPM (“Trusted Platform Module”), a security solution that also operates at the hardware level that is quite effective, but which due to its own peculiarities (it is separated from the system’s CPU) presents important vulnerabilities that can be exploited by attackers (It is susceptible to attacks directed at the channel between the TPM and the CPU).

We are facing a solution that, roughly, we can consider as the PC equivalent of the T2 security chip that Apple uses on its Macs. 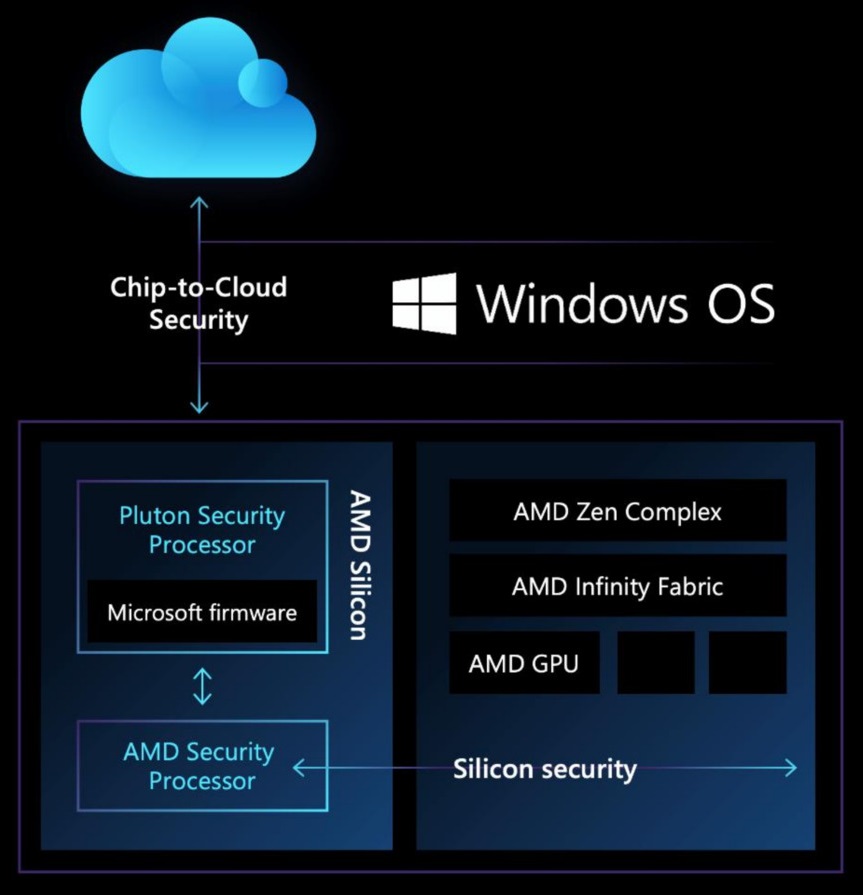 Microsoft Pluton will be integrated into Intel and AMD CPUs

That’s how clear the Redmond giant has been, who has confirmed that it is working with Intel and AMD to integrate this new chip into their processors. The Sunnyvale company will be the first to use it, and we know that Qualcomm will also be committed to integrating this new security solution in its upcoming Snapdragon SoCs.

Jason Thomas, Head of Product Security at AMD, commented that safety is a priority for them, and said they are proud to have been “at the forefront” when it comes to designing hardware-level security platforms that help protect users from even the most sophisticated attacks, highlighting, in this regard, their collaboration with Microsoft for the development of the APU that integrates Xbox One.

If you are concerned about the compatibility of Microsoft Pluton, I can tell you that you can rest easy, according to the first information will be fully compatible with solutions and applications that currently require a TPM module, like BitLocker and System Guard. On this issue, Microsoft confirmed that it is not possible to delete the information associated with both cannot be removed from the Pluton chip in any way, not even through a malware attack.

The Redmond company has also clarified that all firmware updates Microsoft Pluton receives will come directly from them, that is, it will not leave them in the hands of third parties. This results in greater security, but also helps to simplify and organize the management of the different updates. The update process will integrate with the Windows 10 update process, and it will do so in the same way that Azure Sphere Security Service connects to IoT devices, according to Microsoft.

We still do not know when the first AMD processors equipped with the Microsoft Pluton security chip will start arriving, but due to the date of the announcement and the situation we are in, we will probably have to wait until first quarter of 2021.