Microsoft Office 2021 will be the next standalone version of the suite that leads in productivity and collaboration software. It will be available later this year for Windows and Mac, according to the software giant’s official announcement.

We expected it. Without announcement or relevance, Microsoft issued a comment at the IGNITE conference last September that pointed to the development of a new version of its suite for local installations: “Microsoft Office will also receive a new release with perpetual license for Windows and Mac, in the second half of 2021. We will share additional details on the official names, prices and availability of all these products later.

The ad is here. Microsoft Office 2021 will be available at the end of the year under the trade name of Microsoft Office LTSC (Long-term service channel). This version is intended to address those specific situations in which a device cannot connect to the Internet, process control devices in production plants that are not connected to the Internet or specialized systems that must remain blocked and require a long service channel term.

The suite will include the most recognizable and used applications of the suite such as the word processor, Word, the Excel spreadsheet, the PowerPoint presentation, the database, Access, and the rest of the tools that make up the suite productivity, Outlook, Project, Visio, Publisher and the rest of added in recent times such as Teams that in this version will replace Skype.

Not many details of its news have been provided, except for the dynamic matrices and XLOOKUP in Excel, accessibility improvements or the dark mode of Word that we believe will end up reaching all the applications of the suite. 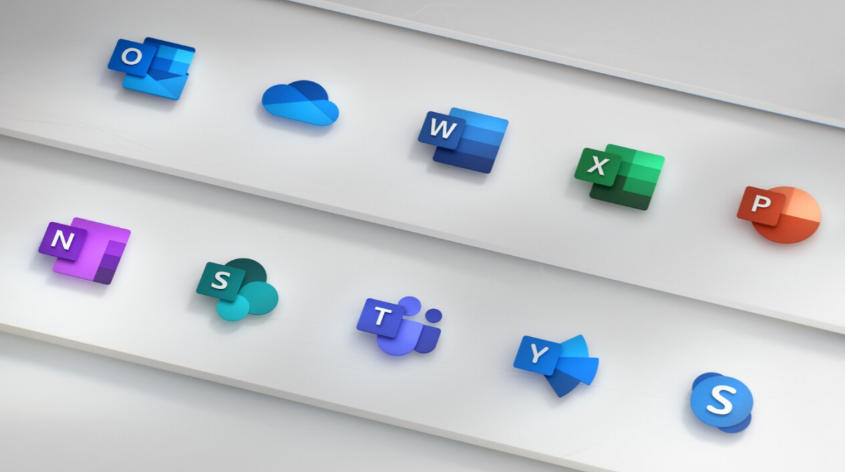 I have been using this office suite almost since its launch in the early 90’s. And I say almost because the first version was not for Windows but for Macintosh. I have to admit that the arrival (much later) of the cloud version left me quite cold and I continued using the local version. The step at one point to Office 365 was definitive and the truth is that the return seems impossible to me. You cannot recommend this version locally.

And the funny thing is that Microsoft doesn’t do it either. It is difficult to find a product launch where the manufacturer does not recommend it… “We expect that the majority of customers using Office LTSC will not use it throughout their organization, but only in specific scenarios. The good news is that you can deploy both Office LTSC and Microsoft 365 with the same deployment tools. ” And history repeats itself: the same company even advised “not to buy” Office 2019 and bet on the connected versions.

Clearly the cloud version is superior. It offers a greater number of applications; better integration between them; enables storage and better collaboration; It offers all of the suite’s features and is quickly and conveniently updated on both features and security. Microsoft 365 is the star of the Redmond factory.

Microsoft still has to consider that it is not time for the retirement of standalone versions and wants to meet the needs of companies and users who prefer to have the software on their machines for local installations and buy a one-time perpetual license without contracting subscription services . And don’t leave this field free to other solutions like LibreOffice. Undoubtedly the best alternative to Office for local installations.

It’s up to you. Microsoft Office 2021 will remain a device-based “perpetual” license version. Will be released for operating systems 32-bit or 64-bit Windows and Mac, with beta version in spring and the final version before the end of the year. No price has been provided, but it will not be economical since Office 2019 cost at the time $ 249 as a single payment and Microsoft’s bet, you already know that this version is not its subscription model in the cloud.

What do you think? Local or cloud version? Or the alternatives?