For decades they have had to save lives in Latin American countries such as Mexico, Colombia, Haiti, Venezuela or El Salvador, and in more remote places such as Armenia, Turkey, Mozambique or Taiwan.

But now The Miami-Dade Fire Department Search and Rescue unit faces a tragedy in its own home.

This specialized work team is at the forefront of efforts to rescue possible survivors of the building that partially collapsed early Thursday morning in Miami, leaving several dead and dozens missing.

The unit, made up of members of the Miami-Dade Fire Department and other outside experts, is divided into several groups specialized in tasks such as command, planning, search, rescue and medical assistance.

What’s more They have 9 canine search teams, made up of a rescuer and a dog specially trained for these tasks. 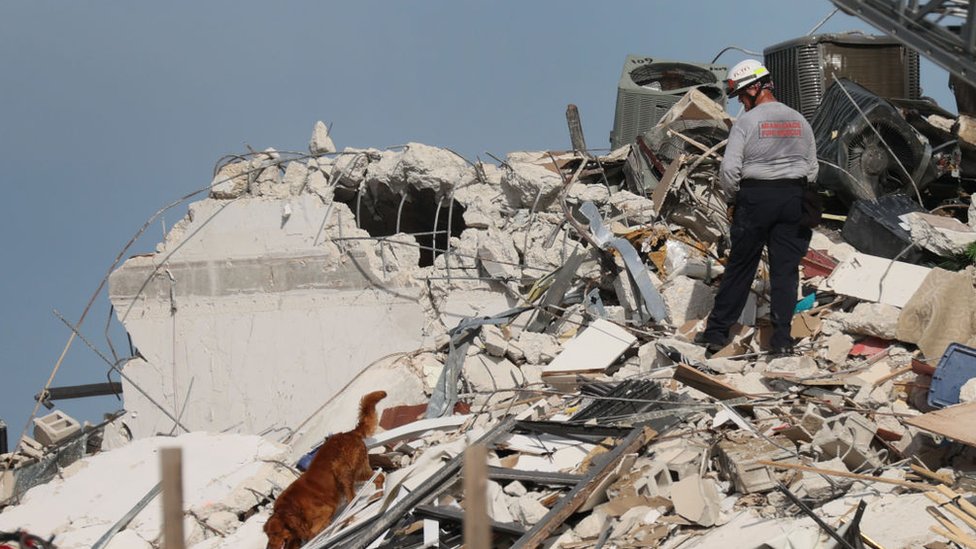 The 12-story Champlain Towers, with about 100 apartments, were partially destroyed. (Photo: .)

The extensive international experience of this unit in disasters such as the Mexico City (1985) and Haiti (2010) earthquakes, where they managed to rescue survivors for several days later of the eventIt is one reason why there are people in Miami who keep hope in this difficult operation, according to the public broadcaster NPR.

The unit originated in the 1980s with the support of the State Department and was conceived from the beginning as a special team to provide assistance in the event of disasters that occurred in other countries, as explained on its website.

In that initial stage they were deployed in the earthquakes in Mexico City, the Philippines and Armenia.

At the beginning of the 1990s, the US Federal Emergency Management Agency (FEMA) included search and rescue tasks in its assistance plans in the United States, incorporating different existing units. around the country, including the Miami-Dade team. 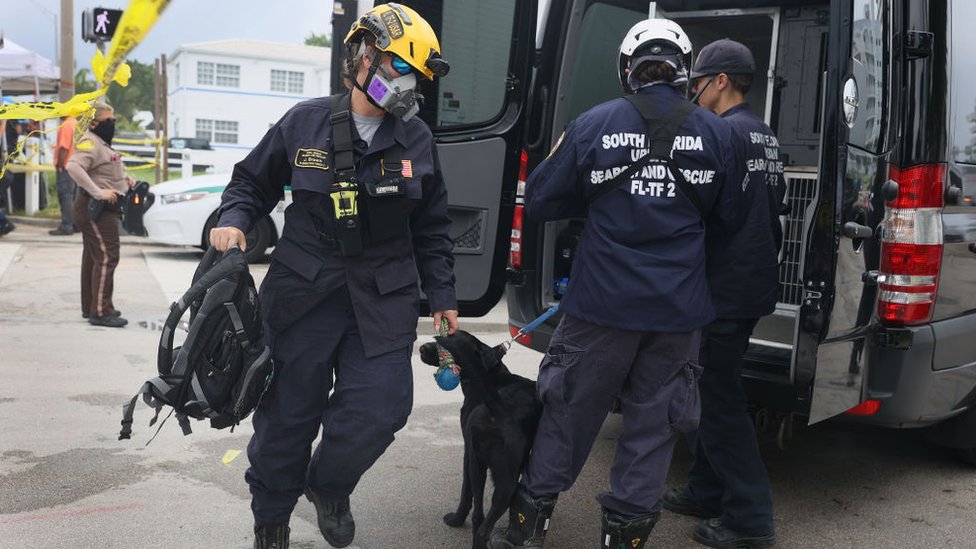 The Miami-Dade Fire Department Search and Rescue unit was deployed in the wake of the Surfside landslide. (Photo: .)

Currently, This special unit is part of a set of 28 existing teams throughout the United States they are available 24 hours to respond to disasters of all kinds.

It has equipment and tools that add more than 22 tons of weight and that allows them to carry out their operations with absolute autonomy for 10 days.

In addition to earthquakes, in their more than 30 years of history they have provided assistance in places where there have been floods (Mozambique, 2000), collapsed buildings (Barbados, 2007) or air accidents (Colombia, 1995).

They have extensive experience assisting in disasters caused by hurricanes, such as the Katrina, which devastated New Orleans in 2005, and in bombings against buildings such as the one carried out by Timothy McVeigh in Oklahoma City in 1995.

The Miami-Dade Fire Department Search and Rescue unit also provided assistance after the attacks of September 11, 2001 in New York and Washington.

The tragedy they now face at Champlain Towers, in Miami’s Surfside area, is not the first they have been working on in their own city. They had already done so in 1992 due to the damage caused by the Hurricane Andrew and in 2008 after Hurricane Ike.

Collapse in Miami: “I hope my mother is alive, or at least she has not felt pain”

Now you can receive notifications from BBC Mundo. Download our app and activate them so you don’t miss our best content.