Home>Sports>Motors>MG Cyberster Concept, photos and details of the electric roadster

The Chinese MG has just landed in Spain with electric cars like the interesting MG ZS EV – an electric B-SUV to compete with the Peugeot e-2008 – or plug-in hybrids like the MG EHS Plug-In Hybrid. MG remains focused on conquering our hearts, and at the upcoming Shanghai Motor Show it will present a high-performance electric roadster. The MG’s return to the segment that gave it its popularity and cemented its past it is something to celebrate. In this article we are going to tell you what you should know about the new MG Cyberster Concept.

Its name combines the words “cyber” and “roadster”, alluding to its markedly futuristic orientation. Although we do not know its dimensions and many of its technical details are unknown, we know that it is a spectacular looking car. Designed in London by SAIC Design, It is presented with a speedster cut body, in which, from the outset, “Magic Eye” optics stand out, whose light signature is completely hidden when they are off. The long axis of the bonnet is also traversed by a discreet LED strip of lights. 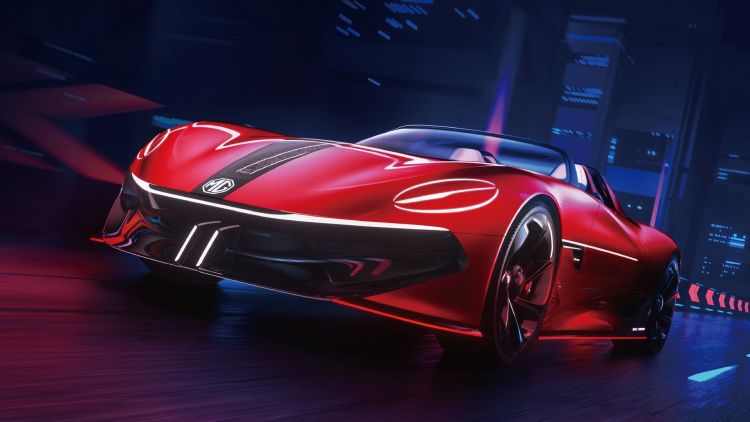 MG’s last roadster was the TF, mid-engined and loaded with personality.

On the hood we also have another LED detail, in addition to details in black and a bumper with an aggressive design, but not at all recharged. From its side profile we highlight the huge tires and the aerodynamic “blade” installed a few inches from the rear wheel. An LED projects the visual signature of the front wing to the rear, while the anti-roll “humps” and door ribs add personality. In my humble opinion, however, it is the rear that deserves all the prominence. A spectacular rear.

With a streamlined design and almost knife cut, it highlights the backlit brand logo, as well as the LED lights, which mimic the Union Jack, the British flag. Incidentally, a visual game devised by MINI a few years ago. A prominent diffuser with two centrally positioned fog LEDs finishes off the Cyberster’s visual impact. We don’t have any images of the interior yet, and we will also have to wait a couple of weeks to know all its technical details. However, we know that it will be a 100% electric and very sporty roadster. 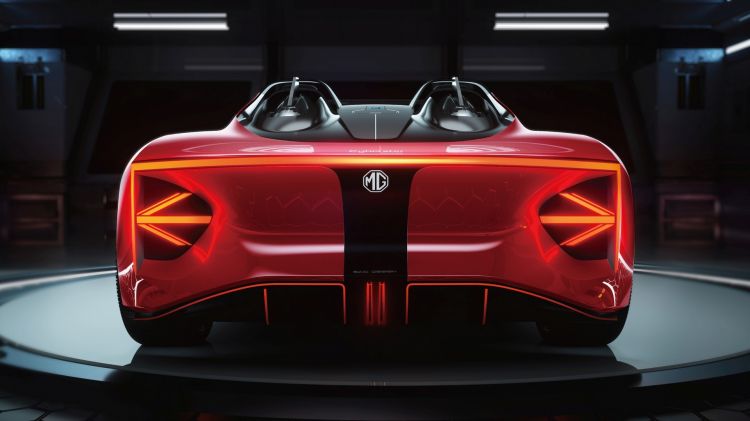 It will be built on SAIC’s modular platform for electric cars.

The brand claims that It will have 800 km of autonomy, and will accelerate to 100 km / h in less than three seconds. You will be permanently connected to the internet via an on-board 5G connection. In a few days, we will know all the details of this promising vehicle – which, on the other hand, has little chance of being mass produced.