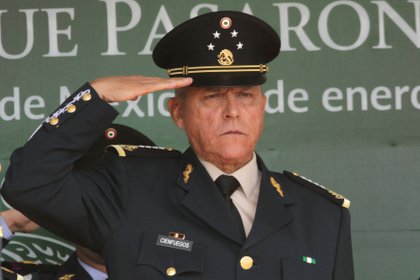 The accusation against Cienfuegos, who is also known as “El Padrino”, was to assist drug trafficking operations between December 2015 and February 2017. (Photo: Europa Press)

The former Secretary of National Defense, Salvador Cienfuegos Zepeda, became the eye of the hurricane after a diplomatic confrontation between Mexico and the United States to Define which nation would carry out the investigation and punish it if its alleged links with drug trafficking are proven.

Although the Mexican Foreign Minister, Marcelo Ebrard Casaubón, assured in various interviews that the decision was made in respect of the security agreements between the two countries. A US official familiar with the case reportedly revealed to the Washington Post that Prosecutors for the Eastern District of New York allegedly attributed this sudden change to “threats from the Mexican government to limit the role of the Drug Enforcement Administration in the country.”

Although prosecutors asked that the charges be dismissed, the US media stressed that the evidence against the general is “solid” and they requested that Cienfuegos will return to Mexico until US security elements can transfer him.

The news of the arrest of Cienfuegos Zepeda was a hard blow on October 15. The Mexican authorities considered the individual action of the Department of Justice as “a violation of sovereignty” and, according to the chancellor, they argued that the crimes the former official was accused of had taken place in Mexico. 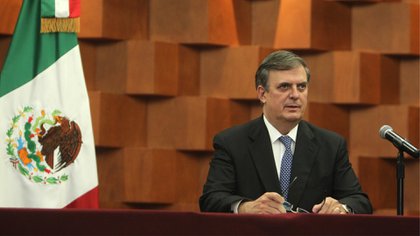 Marcelo Ebrard assured that the crimes of Mexican high command officers should be tried in Mexico (Photo: SRE)

“Crimes in Mexico by officials or public servants, but above all of high rank, must be prosecuted in Mexico,” he said in an interview with journalist Denisse Maeker. On the other hand, he stressed that the decision was based on a diplomatic agreement in favor of maintaining security relations in force between both nations.

Therefore, in a joint statement from Attorney General William Barr and Alejandro Gertz Manero, his Mexican counterpart, that the transfer of evidence obtained by the Department of Justice to Mexico was announced and promised to support the investigation if necessary.

The American media assured that this action “Amounts to a significant setback, even if only symbolic, to the efforts of the Department of Justice against drug trafficking in Mexico ”.

To Salvador Cienfuegos He is related to the Beltrán Leyva cartel, with whom he would have collaborated to send tons of drugs to the United States. The DEA issued the indictment in which, in addition, it assured that Cienfuegos had received bribes from Juan Francisco Patron, the “H2”. Salvador Cienfuegos will return to Mexico without charges against him. The FGR assured that the investigation will continue (Photo: .)

The alleged distribution of narcotics was carried out in states such as New York, Las Vegas, Los Angeles, Ohio, Minnesota and North Carolina.

The “H2” was linked to the Beltrán Leyva He was the lieutenant of one of the cells related to the criminal group until he was killed in a Sedena operation that took place in 2017.

The accusation against Cienfuegos, who is also known as “The Godfather” was assist drug trafficking operations between December 2015 and February 2017. The Mexican media detailed that “the general communicated to the cartel about informants from the US government.”

Cienfuegos would also have ensured that military operations did not have the cartel as their main objective. Rather, he intended these to target rival criminal groups.

Cienfuegos and drug trafficking: the alleged links of the “Godfather” with organized crime that led him to the eye of the hurricane

“It is an act of respect for Mexico and the armed forces”: Marcelo Ebrard explained why Cienfuegos will no longer be tried in the US

US Attorney’s Office dismissed charges against Cienfuegos; will be tried in Mexico

Cienfuegos case: US prosecutors want to keep part of the “Godfather” trial secret, but the judge wants to know why