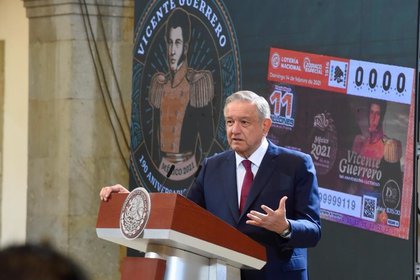 The Electoral Tribunal of the Judicial Power of the Federation (TEPJF) of Mexico has revoked the restrictions and precautionary measures imposed by the National Electoral Institute (INE) against the president, Andrés Manuel López Obrador, and will allow the president to make comments of “electoral nature “at their morning press conferences.

In a closed-door session, and which until now has not been officially reported, the Superior Chamber of the Electoral Court of the Federal Judicial Power has approved by majority vote to revoke the measures and the agreement in which the General Council “issued precautionary inhibitory measures with respect to all public servants, so that they refrain from holding demonstrations whose content may be electoral in nature.”

The magistrate Felipe de la Mata Pizaña has published the sentence on his Twitter account after the Legal Counsel of the Presidency challenged these restrictions, according to information from the newspaper ‘Milenio’.

For his part, the magistrate has indicated that he voted in favor of revoking the agreement because “the General Council started from the basis of the high probability that the public servant carries out behaviors similar to the complaints, because he has already been reported for the same behaviors “.

However, he has qualified, those previously denounced behaviors were declared legal by the Electoral Tribunal when studying the merits of the respective controversies. “