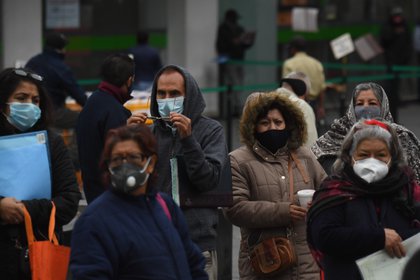 The posture of the Health Secretary regarding coercive measures, such as fines or curfew, to decrease mobility among citizens and thus mitigate the spread of COVID-19 has been rejection. The Undersecretary of Prevention and Health Promotion again insisted on this, Hugo Lopez-Gatell, who called on the governors to modify their strategy and prioritize dialogue with the people.

During the press conference to publicize the panorama of the pandemic in Mexico, the federal official mentioned that throughout the country there has been opted for the persuasion of the inhabitants to reduce mobility among citizens, unlike other countries where it was decided to go for coercive measures.

“We speak with governments so that seek to expand this capacity and do not resort to measures where the individual person has to comply. Collaborative work is needed and each state government has a responsibility to take stock”, He highlighted during the press conference.

On this same occasion, he commented that from the perspective of the federal government, “persuasion is powerful to warn people to reduce their mobility ”. He even pointed out that this aspect has been reduced throughout the epidemic in proportions similar to other countries who decided on the coercive measures, an argument that you have already used on different occasions.

Another official who was present at the meeting of the National Commission of Governors where López-Gatell mentioned this was the Secretary of the Interior, Olga Sanchez Cordero, who called build bridges of dialogue and collaboration to establish agreements in favor of the country’s population. 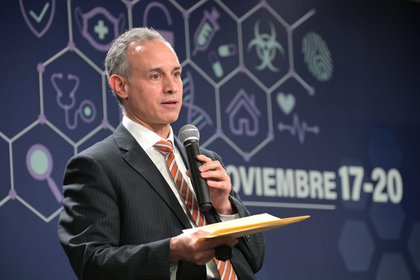 This speech where prioritize dialogue and persuasion It arose because for a few days, in several entities of the country, confinement measures tightened to avoid saturation of hospitals.

In Chihuahua, for example, the mandatory use of face masks throughout the entity. The initiative was promoted by the PAN governor, Javier Corral, because I know returned to red at the epidemiological traffic light and in case of not complying with the measure, they will be issued a warning with warning first.

If you maintain the behavior of not wearing the mask, they will receive a penalty fee (from 400 pesos for individuals and up to 2,200 for legal entities), temporary or permanent, partial or even total closure of establishments and arrest for up to 12 hours.

The arrest, the law specifies, will be used as a sanction when the rest of the punishments have been exhausted and “the person interferes with or opposes the exercise of the functions of the health authority”And also“ to the person who, in rebellion, I know refuses to comply with the requirements and provisions of the health authority, thereby causing a danger to people’s health”.

Other entities, such as Aguascalientes, have been oriented towards avoiding agglomerations, therefore will remain closed until November 30 the malls, bars, clubs, restaurants, offices or customer service branches, gyms, shows, cultural activities, religious acts with more than 15 people, parties, sale of alcoholic beverages and tianguis. 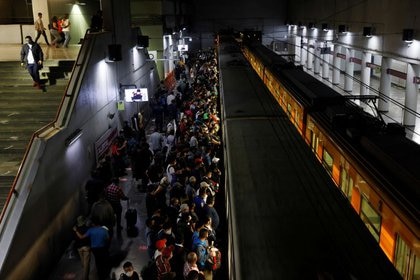 In Mexico City, measures were also implemented to prevent the entity from transitioning to the red alert color, such as suspend for a period of 15 days the program “reopens”, a strategy for temporarily convert bars and clubs into restaurants and inns.

Another measure that was taken was reduce service hours in gyms, cinemas, theaters, nightclubs, museums, aquariums and casinos, passing from 10:00 p.m. to 7:00 p.m., as well as Dry Law in nine mayors of the capital, in order to avoid parties or gatherings.

Jalisco, a state that is also in orange, recently generated a local mechanism called Emergency button, which seeks reduce infections. According to Governor Enrique Alfaro, the new local measures they have three axes: territorial strategy, monitoring of indicators and co-responsibility.

He detailed that a biweekly evaluation of municipalities to monitor that they apply containment measures, while the recreation, commerce, tourism and services sectors will return to operate, but with 50% capacity restrictions and social distancing.

In Mexico, this Thursday exceeded one million cumulative cases of COVID-19, in addition to the 100,000 deaths from this disease, situation described as “Unpleasant and sad” by López-Gatell, as this it was not the figure that was expected at the beginning of the pandemic.

Coronavirus in Mexico: 4,472 new infections and 576 deaths were registered

Dry law for COVID-19: which CDMX mayors will apply the measure over the weekend

Despite anti “authoritarian” speech from the federal government, six states toughen measures to prevent the spread of COVID-19