The strong impact of the pandemic COVID-19 it is maintained throughout Mexico and the world. Given this, various measures have had to be considered and the number of hospitalizations has been analyzed, which in the case of CDMX is increasing, which is why the epidemiological traffic light will continue to turn red for the following week.

In accordance with Claudia Sheinbaum, Head of Government of Mexico City, there has been a constant increase in people hospitalized because of the disease from December to date.

“It is the situation in which we find ourselves. In recent days there has been a slight decrease, but we continue at a red light ”, declared the president of the capital.

He called for extreme precautions. “There is little left, we are working to achieve the best vaccination scheme, but it depends on everyone.”

“Today, January 22 and for next week we will continue on a red light,” said Eduardo Clark García, director general of Digital Government of the Digital Agency for Public Innovation (ADIP). 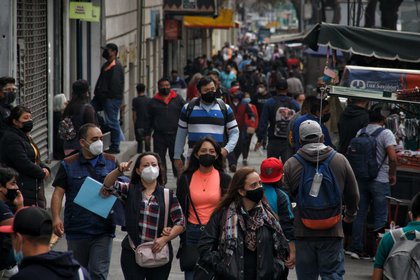 The number of hospitalizations continues to rise. (Photo: Cuartoscuro)

According to statistics, hospital saturation is 82% occupancy to date.

Likewise, he highlighted that in the last seven days there was a reduction of 1.3% compared to the previous week, which stabilized hospital admissions.

Which means that from last Friday to date, there were around 4,400 hospitalizations.

Regarding the model of projections on the admissions to the main clinics in the capital, he stressed that “we are still within the parameters.”

“In terms of speed, we are also within range,” reiterated Eduardo Clark. In addition, he mentioned that to date there are more than 10,000 doses of COVID-19 vaccines.

For her part, the secretary of health, Oliva López, released a work plan that she coordinates with a group of experts from the National Institute of Nutrition, the Mexican Institute of Social Security (IMSS), the Ministry of Health (Sedesa) and the Secretary of Education, Science, Technology and Innovation of Mexico City (SECTEI), for the administration of medicines.

He explained that after the analysis of various drugs for ambulatory and hospital patients, the group recommended for people who test positive for COVID-19, the administration of Ivermectin and Azithromycin.

With the aim of reactivating the country’s economy, new lines of business will be incorporated as of the following week, such as: stationery, kitchen, optical and construction finishing stores. They must work with strict security measures. 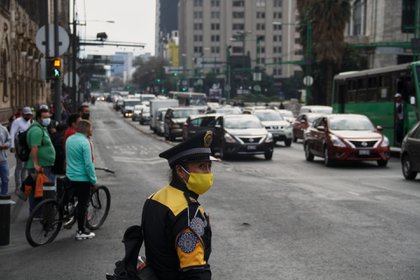 Last week, Eduardo Clark announced the scheme of people hospitalized to date in the capital.

According to the graphs that he presented during the press conference this afternoon, there are around 7,112 people hospitalized in the Valley of Mexico at the moment.

In the last week, around 4,464 people were admitted to the main clinics in the capital, that is, a figure taken from last Friday until this Thursday, January 14.

“The income is reflected between 10 and 15 days later in an exposure to COVID-19, a mild symptomatology and then more serious conditions. We believe that they are related to the week of December 24 to January 1, ”reiterated Clark García.

Regarding the application of the coronavirus vaccine, he affirmed that there are more than 75,000 people from the health area who have received the dose.

CDMX will continue on a red light due to increased hospitalizations: Claudia Sheinbaum