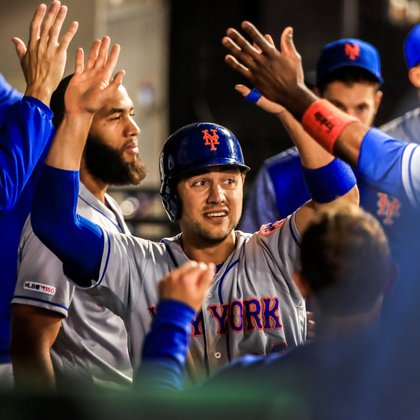 New York, Jan 15 . .- The New York Mets on Friday agreed to one-year contracts with seven players to avoid salary arbitration, including Puerto Rican shortstop Francisco Lindor, outfielder Michael Conforto and first baseman and rangers Dominic Smith .
Lindor, who will earn $ 22.3 million, was acquired from the Cleveland Indians last week along with Venezuelan starting pitcher Carlos Carrasco.
New York parted ways with the youth of the squad, Venezuelan Andrés Giménez and Dominican Amed Rosario, as well as two minor league players in an agreement that indicated that the club is serious about paying star players and competing immediately with the new owner. Steve Cohen.
Lindor, the four-time All-Star shortstop, said he is not opposed to signing a long-term contract with the Mets, but added that he would not want to negotiate after the start of spring training.
Lindor, 27, had an offseason at the plate during 2020, reduced to 60 games, due to the pandemic. He hit .258 with eight home runs, 27 RBIs, while starting every game and earning just over $ 6.48 million prorated off his $ 17.5 million salary.