The presentation of the new Mercedes-Maybach S-Class has opened the doors to a new version of the exclusive Mercedes-Maybach GLS in China. Sold so far with a powerful V8 under the V12 insignia, the star brand fuels sales of the luxury SUV in China with the new 480 4MATIC, a six-cylinder version.

Just two days ago, the new Mercedes flagship, the exclusive Mercedes-Maybach S-Class, was presented. The star brand gave all the details of equipment and its mechanical offer, revealing the specifications of Europe and China, with a six-cylinder version for the saloon from Mercedes-Maybach.

The same with which the very limited offer of the Mercedes-Maybach GLS is also expanded, so that in the coming months the first units of the new will arrive Mercedes-Maybach GLS 480 4MATIC to China. It is a powerful engine known in the brand, the 3.0-liter inline six-cylinder petrol block that yields a maximum power of 367 hp and 500 Nm of torque. 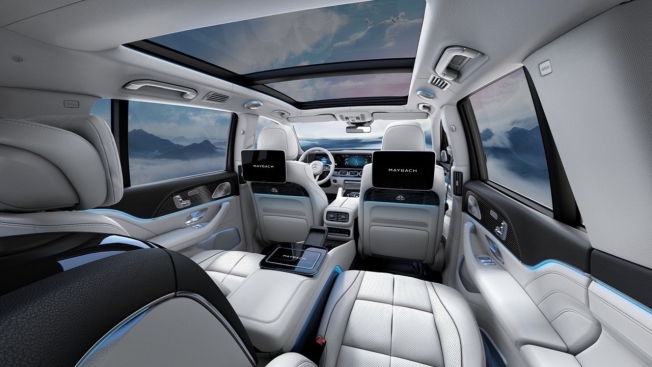 The impressive cabin of the Mercedes-Maybach, with the space of five passengers only for two

A version available in Europe under the trade name GLS 450, and featuring the 48 Volt technology from «EQ Boost», a starter motor and alternator providing 21 hp in certain circumstances; for example, for overtaking with an extra demand for power and just for a few seconds we will have 388 hp. Where there are no changes is in the transmission, 9-speed automatic and 4MATIC all-wheel drive.

A mechanical combination that will fuel the sales of the SUV and will complement the more luxurious version of the Mercedes GLS. With a V12 engine’s own trade name, it is actually sold with a four-cylinder block less, the V8 4.0-liter biturbo and with a maximum power of 558 hp. An option that translates into an acceleration from 0 to 100 km / h in 6.6 seconds and with a maximum speed of 250 km / h.

No change inside or outside. The two areas maintain the characteristic sumptuousness, with large alloy wheels of up to 23 inches, while inside the absence of the third row of seats provides an enviable level of space. The rear seats have countless regulations, highlighting the recline of the backrest at a maximum angle of 43.5º, air conditioning and massage or the powerful Burmester sound system with 27 speakers and 1590 W.