It was one of the major disadvantages of the Mercedes EQC against more modern competition. The first electric SUV of the star brand faces 2021 with a new fast charging on board, with a power of 11 kW, in addition to other interesting equipment and aesthetics novelties.

Until a few months ago, the star’s firm knew that sales of the Mercedes EQC They weren’t running like the four-ring competition because of the cargo equipment. The first Mercedes EQ model dragged the important drag from long loading times, an issue that we tell you, and in which the German brand immediately went to work to solve it.

Now, it has just announced that the Mercedes EQC 2021 will incorporate an 11 kW on-board charger, along with other improvements from January 1, 2021, which means that it will significantly reduce the charging times that until now approved the electric model. The brand points out that they have been lowered from the current 11 hours to 7.5 hours on alternating current and capable of charging 80% of full capacity in 40 minutes connected to a fast charger. 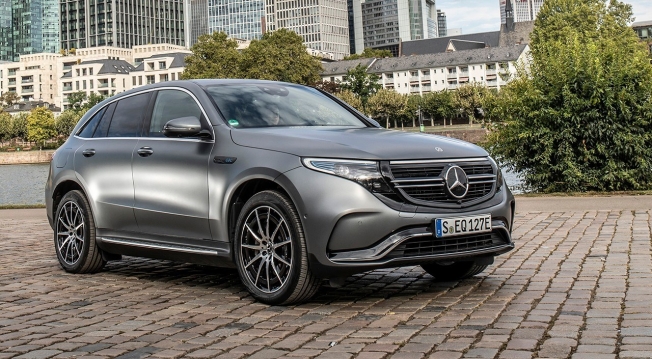 In addition, the device has with water cooling. Mercedes has also seized the moment to introduce other improvements, such as a new design of alloy wheels with 5 more aerodynamic spokes, mounted on 235 R19 size tires on the rear axle. Some new tires and smaller than 255 millimeters, so now the consumption of electrical energy is also reduced.

Equipment that will be standard on the zero-emission SUV, and will also be available with other wheels in the “AMG Line” sport trim. The firm also offers a selection of mixed tires for the rest of the EQC 400 4MATIC rim diameters.

Some solutions that will allow to raise the sales figures of this electric and to recover the lost ground in front of the competition, a fact that the EQC is already doing. With a delivery time of two months, Mercedes has delivered 2,500 units in September and 45,000 until the third quarter of 2020 all over the world.