In a frozen place on the tips of the Alps, Austro-Hungarian soldiers built a hideout to attack Italy that was sealed for more than 100 years.

At the top of Monte Scorluzzo, in northern Italy, the thaw has revealed a hiding place never seen before. According to archaeologists who visited the site, it may have been a strategic location for the Italian navy during the First World War. After more than a hundred years, it has seen the light again after the thaw of his snowy grave.

A hiding place under a thick layer of snow

Researchers found a treasure trove of artifacts, including this lantern, in the WWI barracks. Photo: White War Museum, Adamello

It is known as the White War to the period in the history of Italy in which the Italian front fought battles against Austro-Hungary, between 1915 and 1918. With its integration into the Triple Entente, the country hoped to regain the territories dominated by the Austro-Hungarian Empire which, according to what they claimed, they corresponded culturally and historically.

It was known that way because most of them took place in the snowy Alps. For more than a century, the place was completely abandoned, “like an icy grave“According to coverage by The Smithsonian Magazine. Inside, canned food, coins, flashlights, bottles, clothing, and even handwritten letters were found.

According to the scientists who analyzed the site, it was an old bunker on top of a mountain. It may be that the items found belonged to Austro-Hungarian soldiers who, during the First World War, had to survive the cold to 3 kilometers above sea level.

We suggest: They discover a banned drug from World War II in weight loss pills

A time capsule over the Italian Alps 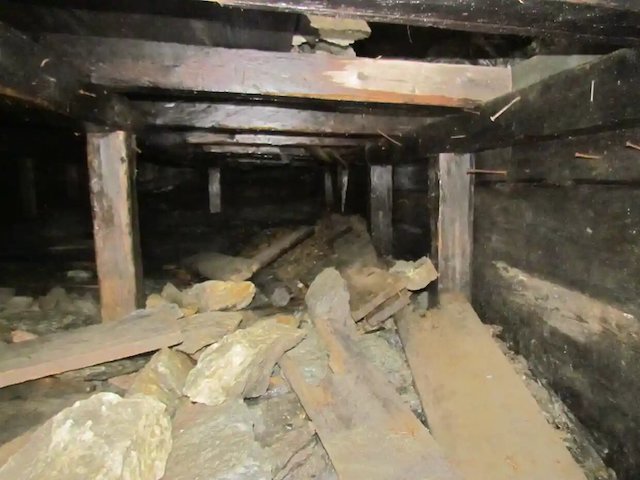 The barracks was in the swiss border. Today, it is part of the Stelvio National Park, in which a tribute is paid to the soldiers who they died frozen in the hideout of Monte Scorluzzo. This is highlighted by Stefano Morosini, a national park historian for The Guardian:

“The barracks [son] a time capsule from the White War that [nos ayudan] to understand the extreme and starving conditions that the soldiers experienced, ”said the expert. “The knowledge that we can gather today from the relics is a consequence of the negative fact of climate change.”

In total, around 300 artifacts could be recovered from the hideout in the Italian Alps, inside a cave on Monte Scorluzzo. With the thaw produced by the global climate emergency, archaeologists were finally able to get inside to see what it was all about.

The site was sealed forever after the last Austro-Hungarian soldier left there, the November 3, 1918. Behind him, he closed the door of the hiding place and a glacier was in charge of protecting him for 100 years. Despite the unfavorable weather conditions, the lair remained intact until now, like a time capsule in the Italian Alps.