Meghan and Harry did not consult the Queen to use the name Lilibet. Yep, they’re still at it. 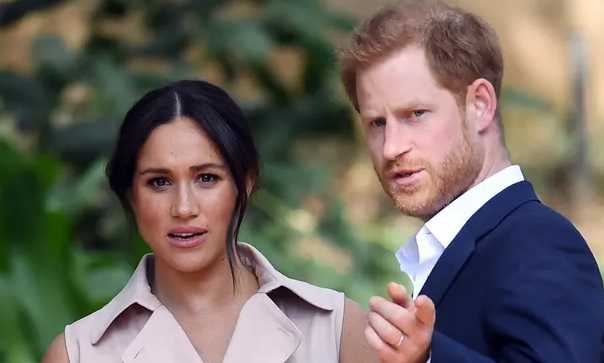 The BBC reports that The Queen was not consulted by the Duke and Duchess of Sussex about naming their first daughter Lilibetsaid a source. The source denies the reports that emerged after the announcement of the name of the first daughter of Prince Harry and Meghan Markle, which said that they had spoken with her majesty before the birth.

A spokesman for the Sussexes insisted that the Duke and Duchess would not have used the name had the Queen not approved it. They say that the Monarch was the first member of the family that the Duke called.

“The duke spoke to his family before the announcement – in fact, his grandmother was the first family member he called.

During the conversation, he shared his hope to name his daughter Lilibet in her honor. If she hadn’t supported it, they wouldn’t have used the name. “

In a letter to some media, the Schillings law firm, which represents Harry and Meghan, said that the BBC report that the Queen was not asked permission to use the name Lilibet was false and defamatory and should not be repeated. Ooopsy!

The name Lilibet has been the nickname for The Queen since she was a child. She called herself that way because she couldn’t pronounce her name, Elizabeth. Prince Philip called her that too. It is a very personal name of the Queen and has been used by her family forever.

The announcement of the name of Meghan and Harry’s daughter was made this Sunday, Lilibet “Lili” Diana Mountbatten-Windsor, in honor of The Queen and Princess Diana.

The relationship between the Duke and Duchess of Sussex and the Royal Family have been in the headlines since the famous interview with Oprah, where they accused the royal family of racists, Harry spoke of the problems with his father Prince Charles, however, he said he had a ‘good relationship’ with his grandmother The Queen and that they spoke regularly via video calls.

Following the birth of baby Lilibet, it was presumed that Harry and Meghan had first spoken to the Queen about the name. Then more reports emerged citing “friends” of the couple suggesting that Harry had asked his grandmother for permission. The Times also reported that The Queen was understood to have been informed by Harry about the name chosen for their daughter. And a source close to the Sussexes also told the BBC that Harry had spoken to the Queen before the birth and “would have mentioned the name” – says a source from the Palace.

After the birth, Buckingham Palace said The Queen and the other senior royals had been informed and “were overjoyed at the news.”

In the Oprah interview, Harry and Meghan said they would only have two children, so they ‘apparently’ no longer plan to have any more babies. So, according to the BBC, Meghan and Harry did not consult the Queen to use the name Lilibet …