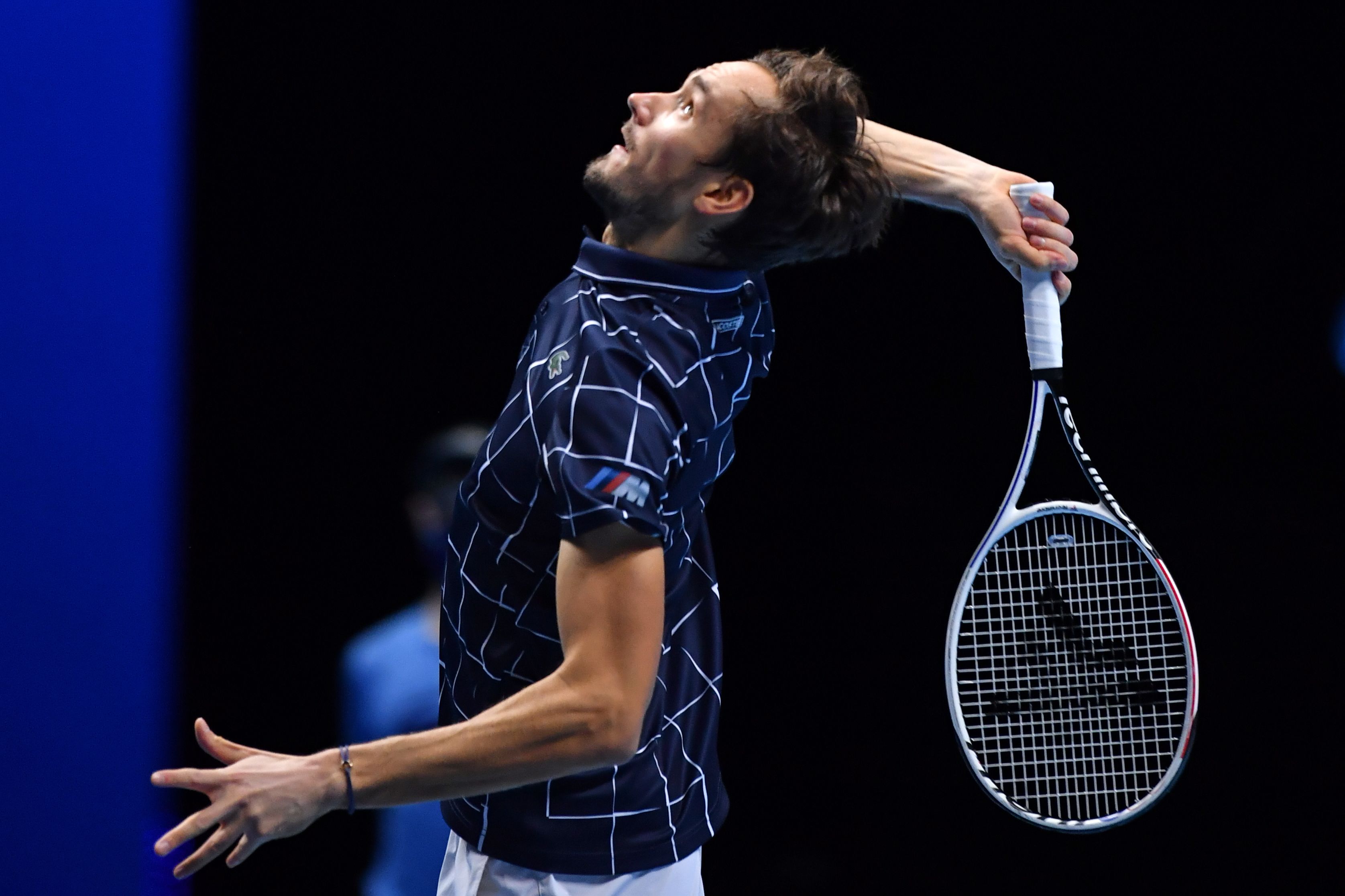 His compatriot Dmitry Tursunov, now retired from the slopes, exposed it three months ago in a podcast. “When you see him, he doesn’t feel like he can be a tennis player. It is tall, very long, it does not convey stability. He is not particularly fast and his game is not natural. However, he is a lot of fun to watch and he always finds a way to get the ball inside. It seems that he is trolling others ”. The American Reilly Opelka later corroborated, after managing to knock him down in Saint Petersburg a month ago: “He puts them all in. All! It has a lot of merit to beat him… Because playing against him is a real nightmare ”.

There is no more puzzling tennis player today than Daniil Medvedev, the obstacle that Rafael Nadal will have to overcome tonight (21.00, #Vamos) if he wants to launch a definitive ordeal in the Masters Cup. The 24-year-old Russian is an enigma. Each of his blows holds a mystery. He competes with a poker face and his technique is the most unorthodox, impossible to guess where he is going to come out. “I have a different game,” he simplifies, the rival that others do not want to see even in paint; “I don’t know why I play like this, but I’m not going to change. I don’t think there is a good or bad technique in tennis. When I was six I used to play one-handed backhand, like Federer, but if I played like this today, I wouldn’t have gotten to where I have come. Many say that my game is boring or that I look like a robot, but I don’t really care. All I want is to win ”.

And the Russian is not going astray, who two weeks ago paraded like a shot in Paris-Bercy, where he achieved the third Masters 1000 of his career, and is now fighting in London packed: three out of three in the league, this Friday double 6-3 to Diego Schwartzman. And that the O2 does not bring back good memories. In his debut in the tournament, he lost all three games and one of them, precisely against Nadal, stuck a thorn in his pride. “Are you referring to the game in which I drowned?”, He responded to a tweet from the ATP, still hurt because that day the Mallorcan traced an adverse 1-5 in the tie break of the final sleeve. “It is the hardest defeat I have suffered. I hope I never lose like that again, ”he says while imposing respect on Nadal’s team.

The volume of his tennis has been growing and Nadal still remembers the night that led him to glory last year in New York. The punishment was brutal. So much so that, when he returned to the locker room, his coach Carlos Moyà had to help him put on his pants, because the Spaniard was absolutely cramped after 4h51m of tortuous resistance. Medvedev, tough-minded and with solutions for everything, an unparalleled fronton, appeared before the world with a performance based on two fundamental decisions.

The first was the hiring of Francisca Dauzet, a psychologist who delves into the millennial procedures of Chinese medicine and the philosophy of the Shaolin warriors. “Daniil’s mind is large and complex, similar to a computer,” he recounted in an interview with L’Èquipe. “When a Shaolin fights, he is never distracted by anything that happens around him, he concentrates only on the fight,” he explained on ESPN, referring to the method applied by the Moscow player, a machine capable of supporting the most exchanges. lengths possible without offering a single sign of weakness. Where others suffer, he finds enjoyment.

The second turn came when the trainer who has shaped him since 2014, Frenchman Gilles Cervara, went to a sports biomechanics laboratory two years ago in search of the definitive jump. By then, Medvedev (1.98 tall) was already among the top 70 in the world, but his game was lacking a final boost. There they patched his body from top to bottom, with sensors, and studied each and every one of his strange movements, especially the toilet. Using sophisticated software, they processed the position, height and power of the strokes, and implemented solutions that continue to nurture the programmed tennis of the Russian, a Monte Carlo resident and sick of cars and video games, a Tarantino admirer and a chess player.

Until two years ago, croissants were part of their breakfasts. However, the physiologist Yann Le Meur, a collaborator with some French Olympic teams and with Monaco in Ligue 1, intervened and influenced his physical development. Task completed by coach Eric Hernández. On his plate, today they send oatmeal flakes. “If you talk to those who agreed with me in the juniors, they will tell you that I was one of the players in the worst shape. Sometimes I get cramped after half an hour of the game. Consistency in physical work and daily recovery have transformed my game ”, he values.

“I’m in my best shape,” he boasts today, before colliding with Nadal in what is guessed as a volcanic duel from you to you.