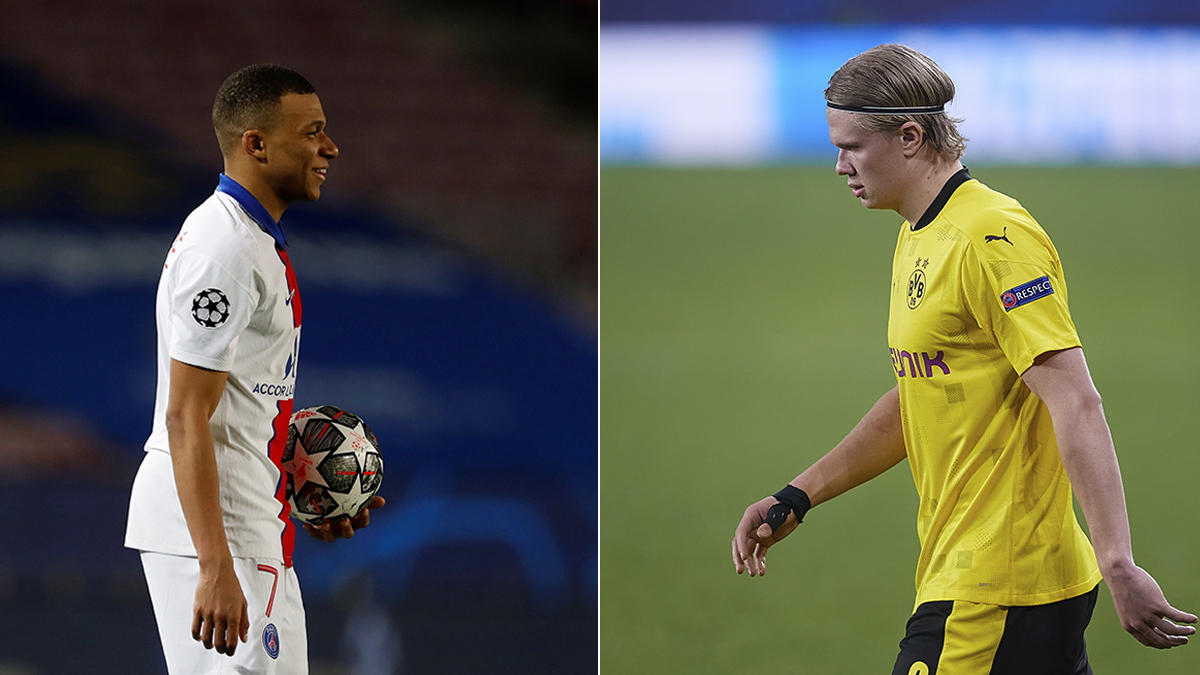 The goal as a unit of measurement of performance. The value of a striker, until proven otherwise, is measured and weighed for his goals. There may be added details and concepts that improve the final product, but the more brands, the more you are worth. Mbappe. Haaland. The goal does not understand styles. Neither of aesthetics. Nor of races. Neither high nor low. That is why their goals are priced similarly. In 24 hours and a thousand kilometers apart, the Camp Nou and Sánchez Pizjuán, half empty, half silent, have experienced the exaltations of the two strikers of the moment.

Impossible that those interested are oblivious to the media noise mounted around them and to that constant market comparison that places them already at the top. It seems as if they too have started to feed off each other in the distance. Like Messi and Cristiano did in their good days. In his case, as happened with the Argentine and the Portuguese, their football conditions are so different that they can only be compared through their goals.

A right-hander and a left-hander. The Frenchman is 22 years old, the Norwegian, 20. They are separated by 16 centimeters. The former can play in any position up front, the latter is a classic striker who, match by match, multiplies his area of ​​influence as he demonstrated in Seville.

Mbappé moved in the Camp Nou through the corridor of the left interior theoretician. Neither extreme, nor forward. Close to Verratti and not far from Icardi. Pochettino’s objective was clear, to get the Dest side out of the band and attract Piqué to areas where he did not feel comfortable. He got it. His three goals were different and from different positions. The first with the left from the small area. Goal of 9. The second and third, one with each leg, classics of the forward who is not there, but arrives.

Haaland at Sánchez Pizjuán soon understood that it was not a night to stay in his reference area. Koundé, Diego Carlos and Fernando had the strategy well prepared. A cage. One in front, one behind and the third in coverage. Constant surveillance. The Norwegian soon escaped to less crowded spaces. The play of the first goal was invented with a diagonal action from outside to inside and pass to partner. When Dahoud finished he was already in the penalty spot… just in case.

He signed the second goal after a long drive through the center, always outlining to the left, support on the wall with Reus and voracious attack on the ball in direct dispute

with the goalkeeper on the small area line. In the third, counterattack action, he threw the breakaway to the other side, the right, and had to show his virtues as a contortionist when adjusting his body to be able to finish off with his left leg. He already has 18 goals in 13 Champions League games.

Thiago and the Liverpool centrals

Eliminated from the Cup and impossible for the Premier, Liverpool showed in Leipzig that they want to get hooked on the Champions League. His defensive problems have crossed borders. In the last five games he had received 10 points and Klopp has had to improvise up to 13 central pairs and continues in search of one that at least does not make obscene mistakes.

It is also being discussed, and a lot, the Spanish international Thiago Alcántara. The ex-players of the club who earn their living as analysts in the media point to him as one of the main culprits of the team’s situation. They accuse him of not understanding the Premier’s game. The statistics do not favor him either. Weighed down by COVID-19 and a knee injury, he missed 12 games in the first leg of the season. Since January he has been playing regularly, but has only played six full games. He has not scored and has not given any goal pass. On Tuesday he was replaced again.