Mazda is celebrating and it is not for less. This week marked the 30th anniversary of its greatest feat in the world of competition: on June 22 and 23, 1991, the Mazda 787B took victory in the 59th edition of the 24 Hours of Le Mans. Such was the importance of the triumph that in Hiroshima they wanted to celebrate it with a special edition of one of its most emblematic models: the Mazda MX-5 Le Mans. Before talking about him, let’s travel back in time to the early nineties to give a glimpse of what the conquest of the Circuit de la Sarthe meant. The 787B not only became the first Japanese car to prevail on the French track, it is also (still today) the only winner to have driven a rotary engine. Baptized as R25B, it took six years to develop it: it had four rotors, 2,616cc and delivered 700 hp and 608 Nm at 6,500 rpm.

Savor the glory in the 24 Hours of Le Mans It was a milestone that was to be remembered in posterity, but Mazda wanted to put it on the record in case the passage of time diluted the merit. The best way to do it was by capturing that moment in a street car. The model chosen was the Mazda MX-5 of the first generation (NA), which, from that moment, can boast of having starred in one of the most distinctive and rare special editions of the Japanese house.

Between August and December 1991, Mazda built 24 units of its roadster – one for each of the 24 hours that the triumphant 787B powered by that rotary engine ran. The Mazda MX-5 Le Mans sported the same rhombus and stitching design in addition to the shades they flew on the French rendezvous, but it wasn’t a vinyl: it was a thorough paint job. Some colors that, by the way, were up to the team’s sponsor: Renown, a Japanese clothing manufacturer that is still active today.

It’s inevitable: the new Mazda MX-5 (NE) will be electrified 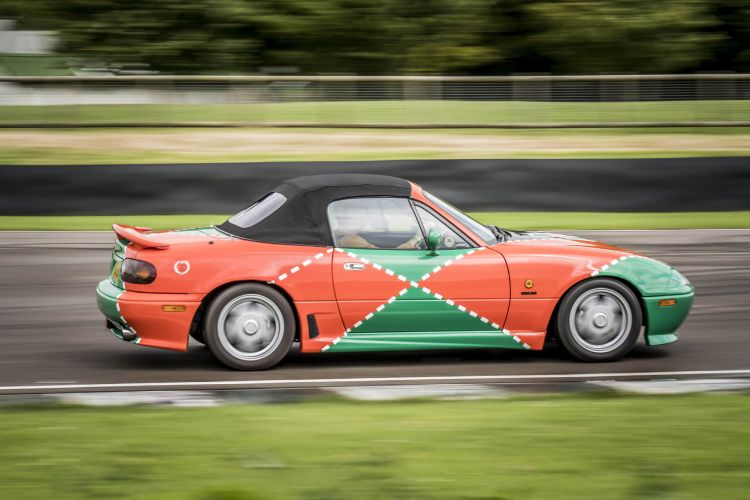 The icing on BBR

To the exterior design they added some elements such as side sills, spoilers, thresholds and a striking rear wing, but, as often happens in these cases, the really interesting thing was under the hood of that miata. Its engine, a factory 1.6-liter gasoline, received a turbo from Brodie Brittain Racing (BBR) with which it increased its power from 115 to 150 hp while the torque grew from 135 to 208 Nm. It went from 0 to 100 km / h in 6.8 seconds and its top speed was 209 km / h.

To make the Mazda MX-5 Le Mans even more special, they fitted it with Tokico shocks and an OZ wheel set. Added to this were other details such as a black leather wallet to hold the car’s documents and a certificate of authenticity signed by racing driver Johnny Herbert, the man in charge of driving the Mazda 787B to victory at Le Mans. 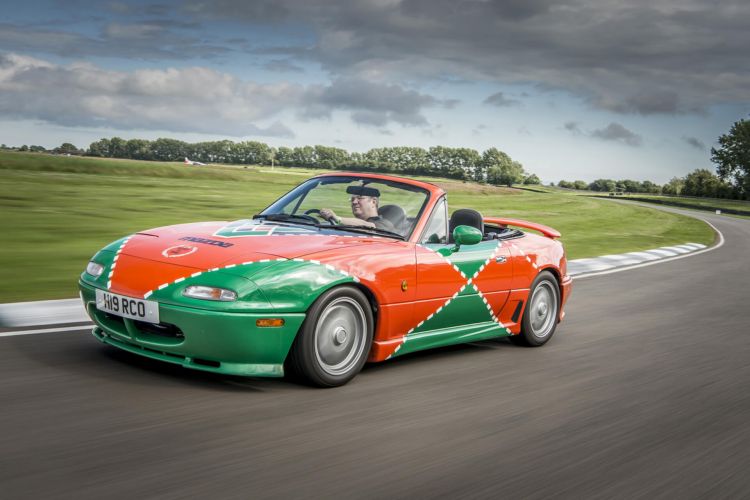 Where are the Mazda MX-5 Le Mans?

Of the 24 units manufactured by the Japanese brand, everything indicates that 19 of them are still active although the figure may vary increasing or decreasing. The rumor mill around this special edition is extensive as there are those who claim that three of these models returned to the Mazda lines to eliminate the Le Mans colors and dye the bodywork black and orange.