16-year-old Maya Weug is about to make Ferrari history. The girl Dutch born in SpainWith a Belgian mother and a Dutch father, she is the first female driver to join the Ferrari Driver Academy.

Weug has outdone the other girls in the evaluation program that took place last week at the Scuderia headquarters in Maranello, the final stage of the program “Girls on Track-Rising Stars” of the FIA. The initiative was created by the FIA ​​Women in Motorsport Commission, in conjunction with the FDA. Her goal is to promote women in motorsport and support the most talented young women between the ages of 12 and 16 on their path to a professional racing career.

The four girls, Weug together with the French Doriane Pin who just turned 17 and the Brazilians, Antonella Bassani, 14, and Julia Ayoub, 15, underwent a series of tests to assess not only its sheer speed, but also its potential– a key factor for FDA experts, given how young the candidates were.

Maya inherited her passion for motorsport from her father and tried a go-kart for the first time at the age of seven. For the Christmas 2011, she got her own kart, and since then nothing could keep her away from racing. His favorite driver is, of course, a former FDA talent: current Scuderia Ferrari driver Charles Leclerc.

Weug will return to Maranello in a few days for the start of the 2021 academic year, where an intense training program awaits him that includes participating in one of the FIA Certified F4 Championships. In addition, Ferrari has decided to offer all the candidates a test in a 488 Challenge EVO, a car with more than 700 horses that is used in the Ferrari Challenge. 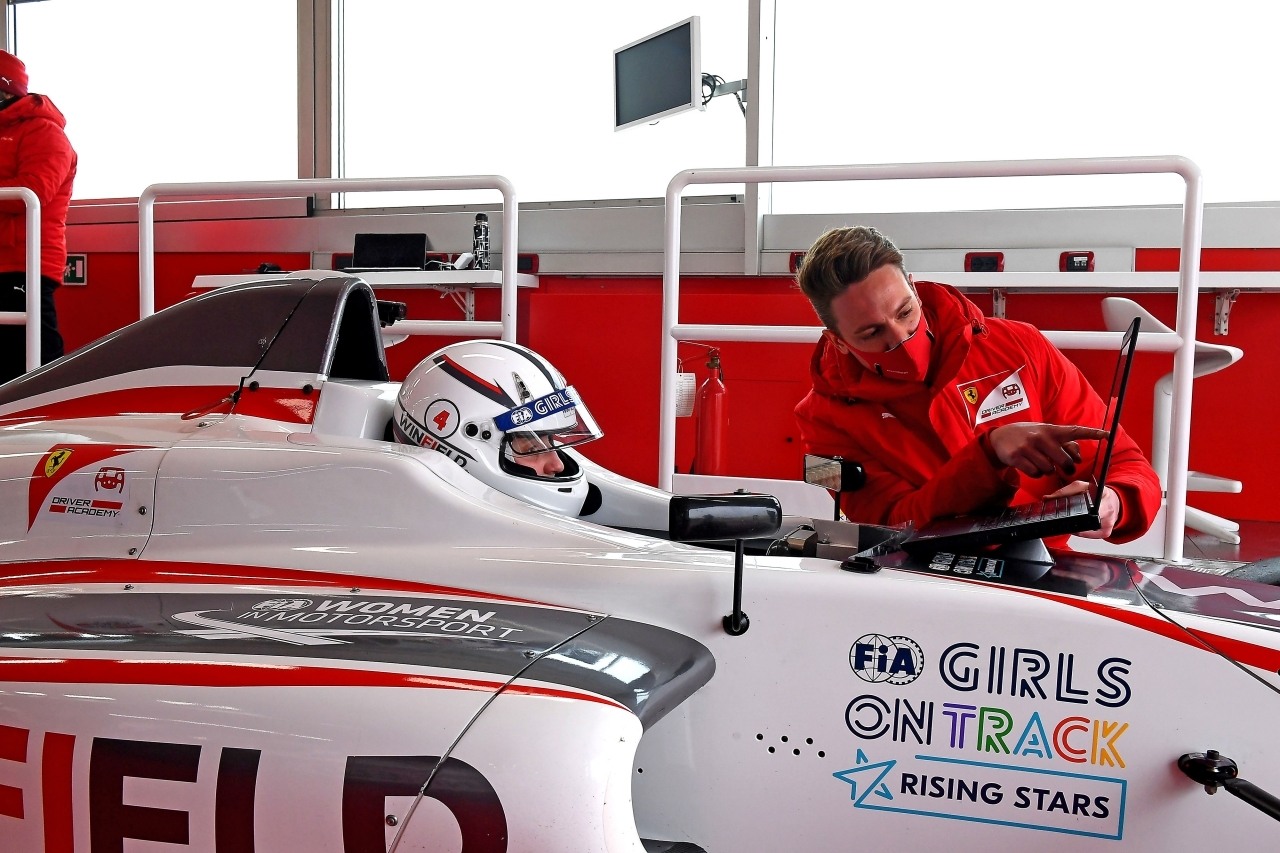 Maya Weug, during one of the tests in Fiorano.

Jean Todt, FIA President, stated that “this is an important moment in Maya Weug’s career and I extend my warmest congratulations to the four drivers who made it to this final selection. The FIA ​​Girls on Track – Rising Stars program is key to our commitment to supporting gender diversity in our sport.

Marco Matassa, director of the Ferrari Driver Academy, says he is “very happy to welcome Maya to the Ferrari Driver Academy. We were impressed by his dedication and preparation, from a physical perspective and also with his approach to competition.. Despite very limited experience, he had good speed and demonstrated a mastery of the car which meant he could immediately implement the instructions he was given.

“This attitude, together with the results she produced both on and off the track, as well as her open and determined personality, led us to conclude that Maya is ready to begin her adventure with us at the FDA,” says the Italian engineer.

For her part, Maya Weug admits that “I will never forget this day. I am very happy to be the first female driver to join the Ferrari Driver Academy. Winning the finals of the FIA ​​program makes me realize that I was right in pursuing my dream of becoming a racing driver ».

“I’m going to do my best to show people who believed in me that I deserve to wear the Ferrari Driver Academy uniform and I can’t wait to get back to Maranello to start preparing for my first season of single-seater racing.”